CHP undecided on reaction to headscarf

Members of Turkey's opposition have been unable to agree on an official reaction to the legalization of headscarves in the parliament, as four female members of the leading AK Party declare their intention to turn up to the parliament meeting tomorrow with headscarves. 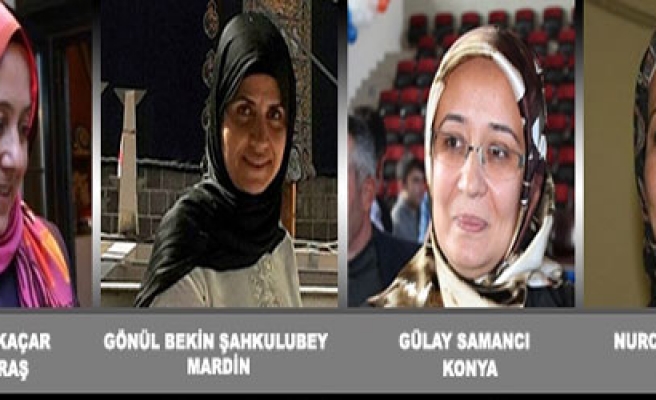 Turkey’s main opposition party CHP has not agreed on an official reaction policy to the possibility of four female leading party deputies turning up to parliament wearing headscarves, following the lifting of the ban by the recent ‘democratization packet’ which was revealed by the Turkish PM Recep Tayyip Erdogan two weeks ago.

During a two-hour meeting with seven female deputies and two deputy chairmen in Ankara, Kılıcdaroglu reminded his party of the 1999 incident in which a headscarved member of parliament, Merve Kavakci, was prevented from taking her oath because of her attire. Kılıcdaroglu said that harsh protests against headscarved deputies will only play into the AK Party's hands.

CHP representatives have accused the ruling AK Party of using the headscarf issue as a mere ploy to gain cheap votes ahead of local elections.

Meanwhile, the leader of Turkey’s third biggest party MHP, Devlet Bahceli, said: ‘Showing tolerance would be to CHP’s benefit. Those who turn up to the parliament with headscarves will be greeted respectfully. Protesting against the headscarf is nothing but the job of incompetent politicians.’

There is not a direct reference to the headscarf in constitution or any legal document; thus, technically there is not any constitutional or legal hitch which will prevent the MPs entering the Parliament by wearing headscarves.

The MPs are said to have decided to attend the Parliament by wearing headscarf following their pilgrimage. However, the role of Democratization Package by the ruling AK Party declared on September 30 is substantial in the decisions of MPs because the package stipulates to amend all regulations banning headscarf in state institutions and permit women to wear headscarf in public services.

The headscarf issue has been on the agenda of Turkish politics for more than three decades since it was banned in Turkish universities in 1984. Since then many attempts to abolish the ban on wearing headscarf in state institutions and universities have failed.

The surveillance on the headscarf in state institutions intensified particularly after the Turkish army had ousted the Welfare Party-led coalition government in 1997.

However, the wick of the headscarf issue was ignited again in 1999 with Merve Kavakci entering the Parliament with headscarf as the MP of Virtue Party, the successor of Welfare Party. She was then asked by late Prime Minister Bulent Ecevit to leave the Parliament. Then she lost her seat in the Parliament.

The ruling AK Party, top figures of which came from the Welfare Party tradition, has taken the headscarf issue at the top of its agenda since it was established and came to power in 2002.

The first attempt of AK Party concerning headscarf issue was in 2008 to amend the related article of Turkish constitution to surpass all regulations banning headscarf wearing in universities. It was approved in the Parliament with 411 votes of 550 MPs but the amendment was taken to Constitutional Court by the main opposition party CHP and Democratic Left Party (DSP) and the Court canceled the amendment. A short while after the case, the Chief Public Prosecutor sued a closure case against the ruling AK Party claiming that it acted against secularism.

In 2010 referendum on the amendment of 26 Articles of the Turkish constitution the issue was referred between the lines instead of a direct emphasis. Since then many of the universities let students enter the campuses with headscarves but still it was banned in state institutions.

The concluding attempt of AK Party concerning the headscarf issue came with the Democratization Package declared in September 30 by PM Erdogan, which opened the gates of state institutions to the women wearing headscarf besides introducing a number of reforms on issues regarding political rights, such as election threshold, party organization, and propaganda in non-Turkish languages, abolishment of the student oath, freedom of education in different languages and dialects at private schools, legal guarantee on personal data and deterrence for crimes of discrimination.