The Turkish national basketball team's manager said that Turkey qualified for the second round -eight-finals-- of the ongoing World Basketball Championship. 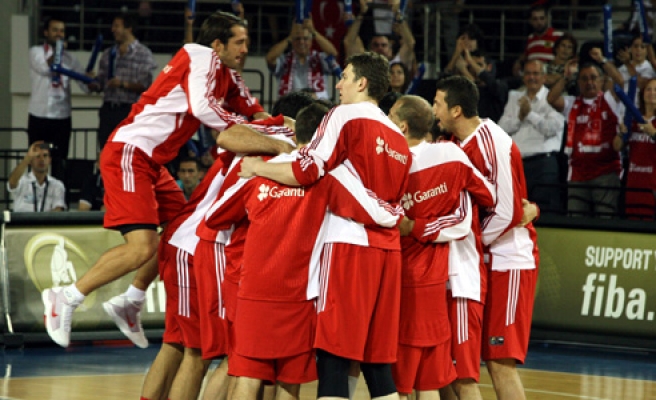 The Turkish national basketball team's manager said on Thursday that Turkey qualified for the second round --eight-finals-- of the ongoing World Basketball Championship.

Speaking to reporters after Turkey's completing the preliminary round of the world tournament following a victory over China, Turkish basketball team's manager Harun Erdenay said, "we are at the second tour now and it is not important who we will play against".

Erdenay said the Turkish team was so happy for having won all its games in the preliminary round and added that the players would do their best in the upcoming tour.

The national team's assistant coach Nihat Izic also said that completing the first round without any defeats was a major success.

Turkey defeated China 87-40 in its last Group C game in the FIBA 2010 World Basketball Championship in capital Ankara on Thursday.

With this victory, Turkey has won five games in its group and completed the preliminary round as the group leader.

Turkey, as the leader of Group C, will take on France, which was ranked the fourth in Group D.