Construction of 3rd Istanbul airport to begin within months 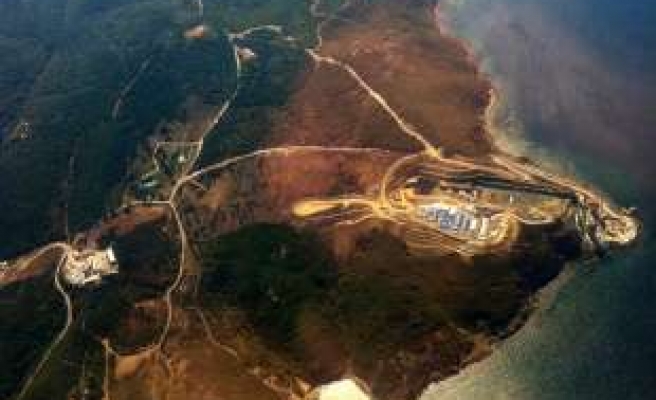 Turkish transportation, maritime affairs and communications minister Binali Yildirim said on Wednesday that the construction of Istanbul's third airport may begin in the next few months.

Yildirim told Anadolu Agency that the construction would start after ministry will approve the entire plan.

Answering a question about Istanbul would be a rival to global hub Frankfurt, minister replied Germany was among the bidders for Istanbul project and Turkish Airlines and Lufthansa would benefit should they cooperate rather than compete.

"Istanbul's 3rd bridge project will be completed in 2015, which will be a world record," said Yildirim.

The third Bosphorus bridge and 90 kilometers of link roads will be contracted out by a build-operate-transfer model while the remaining 314 kilometers would be built by public funds. The third bridge at the Istanbul Strait will be 1,275 meters long.

Marmaray project to be opened on October 29

Yildirim said that there was no delay or failure for the opening of Marmaray project, and the Marmaray would be opened on October 29.

"We will realize the 1.5 centenary dream, which is the most important rail project of Istanbul, in the 90th foundation anniversary of our Republic" said Yildirim.

The final preparations for the opening of the project, which consists of the construction of an undersea rail tunnel under the Bosphorus strait combining ground railways on both sides, are being undertaken.