In such cases involving the Ergenekon and Sledgehammer coup plan some of the defendants have threatened judges and have directed various insults towards judges and prosecutors. 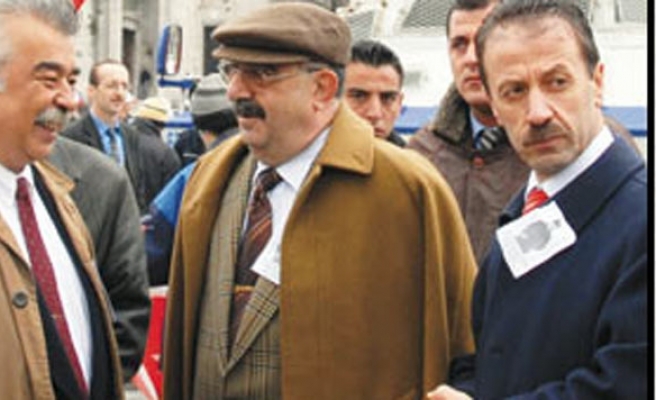 A retired general and key suspect in the Ergenekon investigation has been handed a prison sentence for insulting judges and prosecutors by a court in Silivri.

The Silivri First Criminal Court of Peace sentenced retired Brig. Gen. Veli Küçük, who is currently in jail for suspected membership in Ergenekon, a clandestine criminal network charged with plotting to overthrow the government -- to four years, four months in prison, stating that his words "exceeded the limits of defense."

The court gave the maximum sentence possible to Küçük.

In such cases involving the Ergenekon and Sledgehammer coup plan some of the defendants have threatened judges and have directed various insults towards judges and prosecutors.

In 2009 Küçük insulted special prosecutors Zekeriya Öz, Mehmet Ali Pekgüzel and Nihat Taşkın, saying that they were being used by the European Union and the United States and that they were members of a religious order.

Küçük was also sentenced for his words against Sedat Sami Haşıloğlu, who is a member of the 13th High Criminal Court. Küçük said that Haşlıoğlu "does not listen to the defendants, yawns while they speak and tells secret witnesses how they should articulate their testimonies."

Haşlıoğlu told the defendants who had insulted the court members that they were involved in the "most democratic prosecution not only in Turkey but in the world," and added, "This is a legal case. We are trying to find out the truth."