Death toll rose to 12 in the landslide which happened in the northern province of Rize on Friday. 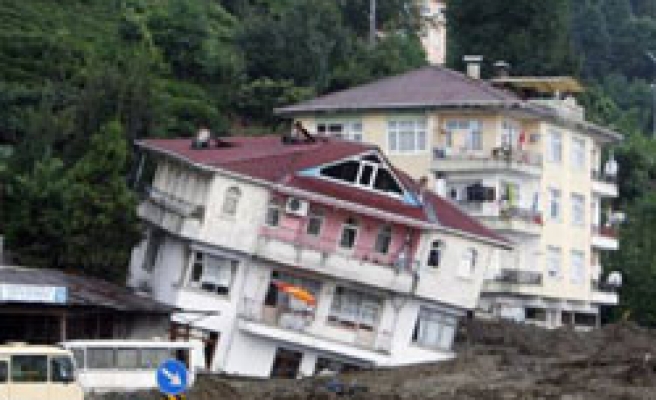 Death toll rose to 12 in the landslide which happened in the northern province of Rize on Friday.

Search and rescue teams pulled three more bodies from the debris of two collapsed houses in Gundogdu hamlet of Rize.

Earlier, bodies of Osman Kutay and Salim Bilgin were found in Hamidiye district, and Ali Efil's body was recovered in Daginiksu district.

Noting that this had been the biggest disaster in Rize in the history of Republic, Bakirci said that water and electricity were cut in Gundogdu hamlet.

Meanwhile, State Minister Faruk Nafiz Ozak visited Gundogdu, and said that more than one landslides occurred from western to eastern part of the hamlet.

Ozak added that several people were still missing, and efforts were under way to find those people.

He said that Prime Minister Recep Tayyip Erdogan will also visit the region.

Deputy Prime Minister Cemil Cicek is also on his way to Rize to examine the region.

Over the past 81 years, floods killed a total of 585 people in the region, authorities said.