Deputy PM Bekir Bozdag said that Turkey would continue the humanitarian aid to Somali people in the future. 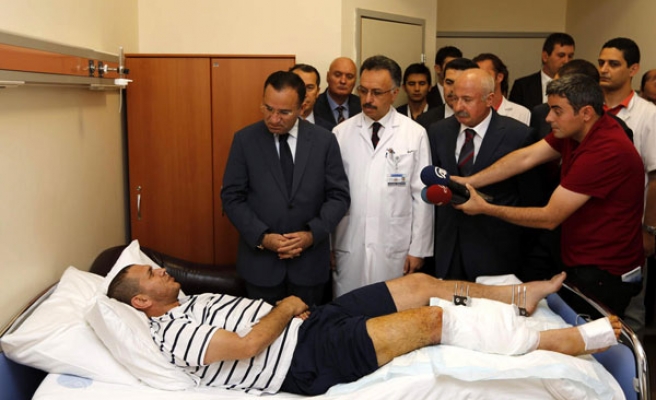 Turkish Deputy Prime Minister Bekir Bozdag said on Monday that Turkey would continue the humanitarian aid to Somali people in the future.

Bozdag visited the Turkish guards wounded in a suicide bomb attack on a Turkish Embassy annex in the Somali capital of Mogadishu on Saturday.

"Turkey will continue the humanitarian aid to Somali people in the future. We will also continue to stand by Somali people, who are in dire straits," said Bozdag.

One Turkish security guard was killed and three others were injured on Saturday while two suicide bombers were killed as another suicide bomber blew himself up in front of staff building of Turkey's Embassy in Somali capital Mogadishu.