It has been revealed that the electronic system controlling eight of the turnstiles to the Olympiad stadium for the Beşiktaş-Galatasaray derby had been tampered with, allowing many ticketless fans to enter the game. 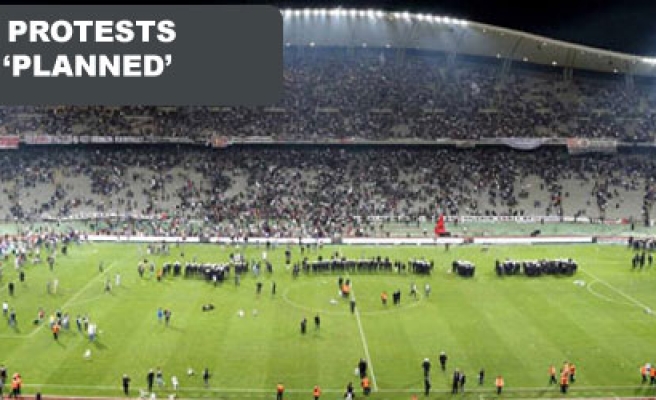 While four sports prosecutors begin the investigation into the pitch invasion that took place at the Beşiktaş-Galatasaray football match, the Turkish police are insisting that the incident was carefully planned and organized. The protestors broke three gates and rendered eight turnstiles useless before entering the stadium.

According to the Yeni Şafak newspaper, protestors breached the stadium at eleven points. Photographs of fans clambering over the walls at the disabled entrances have also been documented. Before the match, Beşiktaş had decided to appoint 1530 security staff at the stadium. However, the fact that Beşiktaş went against its own decision by only appointing 970 security staff has also come to light. The lack of security is believed to be behind the loss of control.

The Istanbul Police Force is currently studying the recordings taken from twenty high-rise security cameras in the area. In doing so they are identifying the pitch invaders one by one. It has been claimed that some of those who invaded the pitch chanted Islamic slogans and attacked security staff. However, there have been conflicting claims coming from different groups of Beşiktaş fans. One group by the name of ‘Çarşı’, typically known for its anti-government stance, pointed the finger at a pro-government group of fans known as the ‘1453 Eagles.’ However, the 1453 Eagles denied this accusation on their official Twitter page. They said: ‘We do not support violence, we did not invade the pitch. We are simply supporters of Beşiktaş. They say we invaded the pitch. Where is their evidence? We are Beşiktaş supporters and we do not involve ourselves in these dirty games. We are doing everything we can to make Beşiktaş the champions. We are not familiar with violence.’