In the attack, the the National Movement Party’s (MHP) Esenyurt press adviser Cengiz Akyildiz was killed and five others were injured. 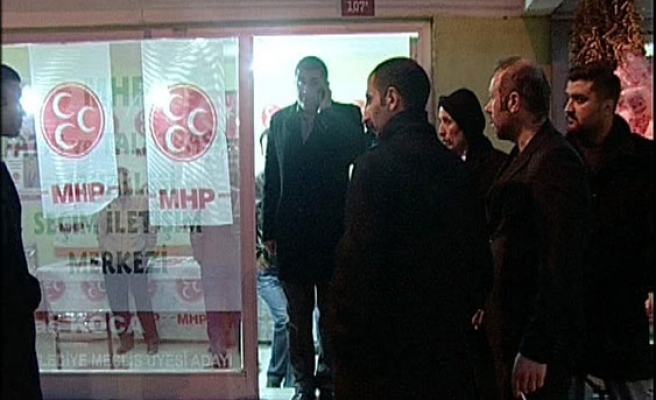 The number of suspects arrested for an attack on a Turkish opposition party’s electoral office in Esenyurt, Istanbul on Monday has risen to seven.

According to police sources, the incident started when four personnel on the party’s electoral minibus got into an argument with one youth. After the argument got out of control, some people on the minibus got off and beat the youth.

The youth then went to call three of his friends in the area. Upon finding the minibus parked outside the party’s electoral office, they began to hurl stones at the vehicle before fleeing the scene.

As they fled, one of the youths sought refuge in his uncle’s house. Shortly afterwards the relatives of the youth gathered outside the electoral office, where they attacked the building with stones, sticks and other weapons.

In the attack, the the National Movement Party’s (MHP) Esenyurt press adviser Cengiz Akyildiz was killed and five others were injured.

Turkish police are still looking for two more suspects in connection with the incident.

In a press conference on Monday, MHP leader Devlet Bahceli blamed the attack on the Kurdish armed group PKK and those who work with them.