The address of the intelligence official's house, phone numbers and several other contact addresses belonging to the family members of the former MİT official were listed in the DHKP/C document. 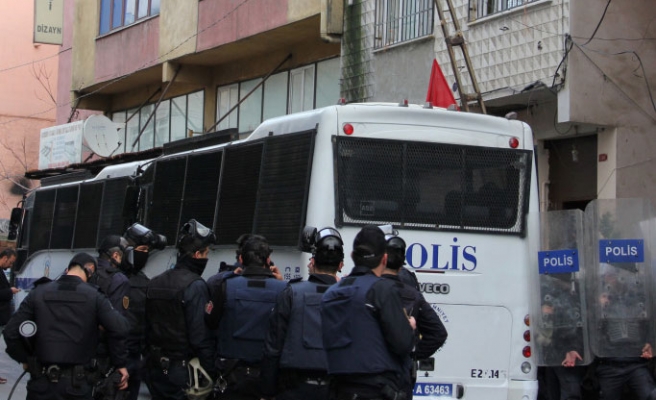 Documents included in an indictment recently prepared against lawyers of the far-left Revolutionary People's Liberation Party/Front (DHKP/C) have revealed the DHKP/C was planning to assassinate a former National Intelligence Organization (MİT) Operations Department head in 2004.

The documents, seized during a large-scale operation conducted against DHKP/C members in January, showed the DHKP/C was keeping the personal data of a former MİT Operation Department head, identified only as M., and his full name is kept secret, as the group considered this MİT official responsible for a 2004 operation against it. The address of the MİT official's house, phone numbers and several other contact addresses belonging to the family members of the former MİT official were listed in the DHKP/C document.

An indictment was recently accepted by the İstanbul 23rd High Criminal Court against the pro-DHKP/C lawyers, who are members of the People's Law Office and the Contemporary Lawyers' Association (ÇHD). The indictment contains much important evidence that reveals the organizational structure of the DHKP/C.

More than 50 suspected members of the DHKP/C, including nine lawyers, were arrested and sent to jail last week, while several more were released pending trial.

The arrests followed a major police crackdown on the group in mid-January. On Jan. 18, police raided the homes of a number of suspected members of the DHKP/C in several cities, including İstanbul, Ankara and İzmir. The lawyers were reportedly held on accusations of receiving messages and orders from imprisoned leaders of the DHKP/C.