Fenerbahçe administrators Hakan Bilal Kutlualp told reporters that he had to cut a journey short when he was requested to make a statement. 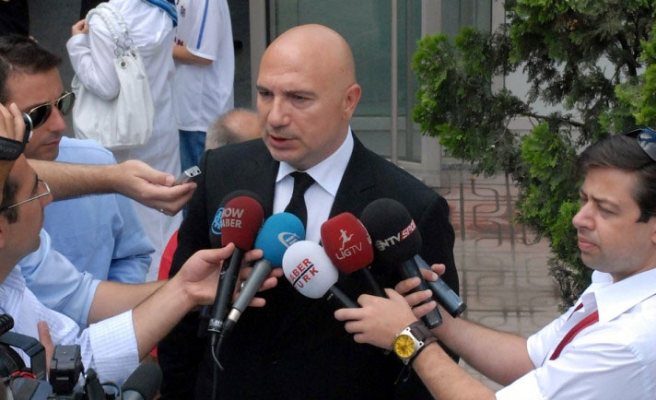 Twenty seven individuals, including former referees, former club managers and footballers, gave statements to police on Wednesday as part of an extensive match-fixing investigation, which resulted in 31 arrests thus far.The 27 people were questioned as either suspects or witnesses.

Speaking to reporters as he left the İstanbul Police Department building on Vatan Boulevard, Eyigüngör confirmed he had been questioned as a witness but said he did not wish to comment on what he was questioned about.

Kutlualp told reporters that he had to cut a journey short when he was requested to make a statement. In response to a question, he clarified that he was not at the police station to file a complaint. Kutlualp added that he felt both sad and surprised about the developments in the ongoing investigation, which has put senior names from Fenerbahçe, including Chairman Aziz Yıldırım, behind bars. "I believe justice will be served in the end," Kutlualp said.

The Hürriyet daily reported on Thursday that Fenerbahçe's Şentürk was summoned to make a statement relating to a phone conversation with manager Ali Kıratlı over an Eskişehirspor-Trabzonspor match last season.

During their conversation, Şentürk allegedly asked Kıratlı if he was still in contact with the then-Eskişehirspor coach, Bülent Uygun, who is now under arrest over match-fixing allegations.

Şentürk is claimed to have said Eskişehirspor could win if they were "fed." Police asked Kıratlı about the word "fed" used by Şentürk, but the manager said he did not understand what Şentürk had meant by it. Trabzonspor and Fenerbahçe struggled for the title in the second half of last season, which resulted in a Fenerbahçe championship by virtue of a better head-to-head record.

The match-fixing investigation concerns claims that some club officials and footballers had rigged games in the Spor Toto Super League as well as the Bank Asya League 1. Last month police raided homes and football club premises, detaining some 60 people suspected of fixing football matches in the two leagues last season.

Many high-ranking football officials from various Turkish clubs, including Fenerbahçe and Beşiktaş, have been arrested on charges of fraud and match-fixing. A total of 31 individuals, including agents, former footballers and club managers, were arrested in two waves of the probe, with Fenerbahçe Chairman Yıldırım being the highest profile figure taken into custody.

Toroğlu said he had filed a complaint against Yıldırım, who remains in custody on charges of manipulating football games, because Yıldırım's smear campaign against him was "dangerous."

Saatçı, who testified as a suspect, rejected accusations and denied being directed on what to write by Yıldırım, who also allegedly manipulated a group of journalists.