Dozens of people detained in anti-KCK operation in Turkey

The private Cihan news agency reported that the detainees include officials from the Izmir branch of the BDP and that the operation is still under way. 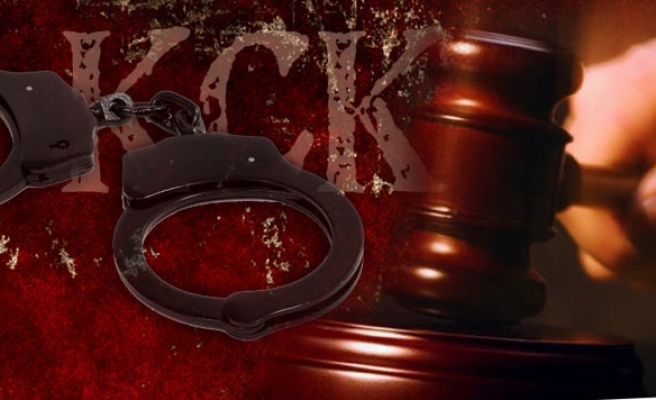 Nearly 30 people, including officials from BDP, were detained in the Aegean province of Izmir on Thursday on suspected links with the Kurdish Communities Union (KCK), an umbrella political organization that includes the Kurdistan Workers' Party (PKK) terrorist organization.

The private Cihan news agency reported that the detainees include officials from the Izmir branch of the BDP and that the operation is still under way.

Also last week, 37 people were detained in the southeastern province of Şırnak as part of another operation against the KCK. All of the detainees were referred to court for arrest after they were questioned further by a prosecutor. The court arrested 31 suspects and released the remaining six pending trial on Wednesday.

The KCK investigation started in December of 2009 and a large number of Kurdish politicians, including several mayors from the pro-Kurdish BDP, have been detained in the case. The suspects are accused of various crimes, including membership in a PKK organization, aiding and abetting a PKK organization and attempting to destroy the country's unity and integrity. The suspects include mayors and municipal officials from the pro-Kurdish BDP.