With the solution process aimed to resolve the Kurdish issue, the eastern Turkish district of Dogubayazit has seen an increase in tourism 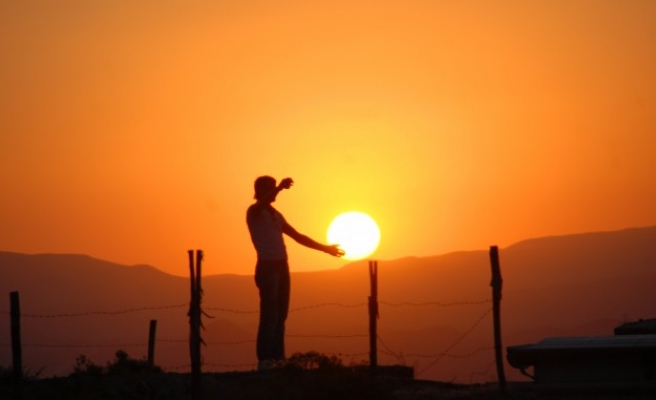 The Dogubayazit district of the eastern Turkish province of Agri has become the focus of interest for domestic and foreign tourists along with the solution process, an initiative to resolve the Kurdish issue which has scaled down terror-related court cases and revived tourism in eastern Turkey.

Chairman of the Chamber of Trade and Industry in Dogubayazit, Ali Efe told Anadolu Agency that Dogubayazit has hosted a great many of domestic and foreign tourists so far with its historically and naturally beautiful landscapes, such as Agri mountain, Ishak Pasha Palace, the meteor pit, the ice cave on Agri mountain and Balik Golu (Fish Lake).

The district remains at the forefront with its historical and cultural elements, said Efe, noting that more tourists have begun to visit Agri mountain, the highest mountain in Turkey.

Expressing the attraction of rumors that traces of Noah's ark were found on Agri mountain, Efe stated thousands of mountaineers climbed to the summit every year.

Efe also expressed that more people have especially begun to visit these beauties in Dogubayazit after the solution process, adding, "the Turkish government's democratization package will be more effective in the development of the region. We will give the necessary assistance to those who want to invest in this region."