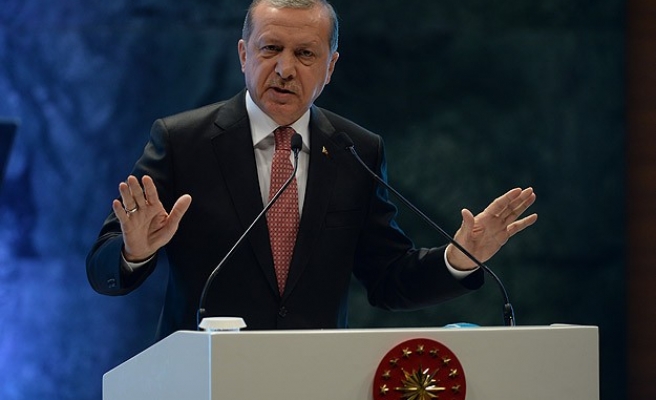 Turkish President Recep Tayyip Erdogan on Thursday lashed out at EU states for turning the Mediterranean into a "cemetery" for migrants, accusing Europe of being responsible for the death of every single victim.

"European countries, which turned the Mediterranean Sea -- the cradle of ancient civilisations -- into a migrant cemetery are party to the crime that takes place when each refugee loses their life," Erdogan said in a speech in Ankara.

Turkey is hosting some 1.8 million refugees from the crisis in Syria and has repeatedly accused Europe of not doing its part to help share the burden.

"European countries which set the criteria for basic human rights and freedoms are now turning their backs to these principles," Erdogan added.

"We don't think it's fair to burden us with a problem that the whole world faces."

Erdogan's comments came after the image of the corpse of a three-year Syrian boy washed up on a Turkish beach following a failed attempt to cross the Aegean to Greece caused a wave of horror in Europe.

"The body of a 3-year-old child who died on a boat in the Mediterranean Sea carrying refugees washed up on our shores," said Erdogan.

"Will the whole of humanity not account for (the death of) this 3-year-old-child on our shores?" Erdogan asked.

The Turkish government said this week that the coastguard had rescued over 42,000 migrants in the Aegean Sea in the first five months of 2015 and more than 2,160 in the last week alone.

But Erdogan said "all of humanity" was drowning in the Mediterranean.

"It's the values that made us who we are that are being drowned. Each body washed up on our shores opens big wounds in our hearts," he said.

"But a world system which lost its sense of mercy cannot be a remedy to humanity's plight."