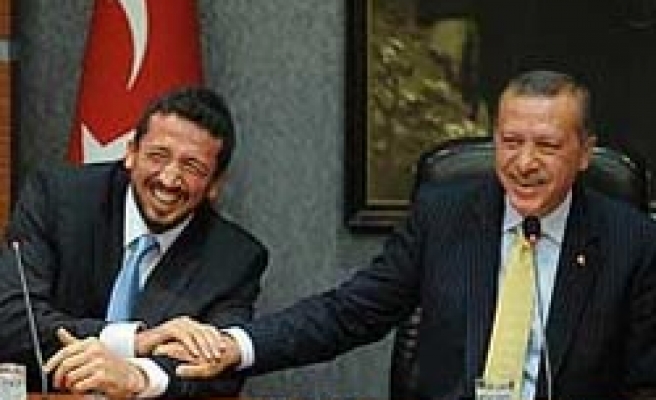 Turkey's national basketball team achieved a historic success at 2010 World Basketball Championship by getting ranked the second behind the United States.

Speaking at the meeting, Erdogan eulogized the Turkish basketball team noting Turkey was proud of the team.

"This is a first in Turkey. I thank you on behalf of myself and my nation," Erdogan said.

Erdogan said 1.5 million TL award would be given to each of the basketball players, and noted, "I will give a cheque worth of 28 million TL to you and the technical cadre.

We will also give 500 Cumhuriyet Gold (coin) to each of you. I wish your success to continue in the future."

It was the third time that Turkey took part in world basketball championship. The national team played in the final for the first time in their history and won silver medal.

Turkey's national basketball team who are called "12 Giant Men" also won silver medal after being beaten by Yugoslavia 78-69 at the 32nd European Basketball Championship in Turkey in 2001.

The team became the silver medalists after a 81-64 defeat over the U.S. team in the final of the 2010 World Basketball Championship losing their first match ever out of eight games in the championship.