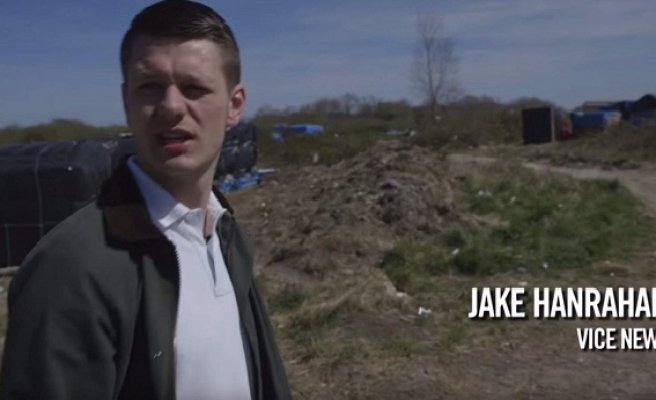 The European Union expressed concern Tuesday about Turkey's arrest of two British journalists working for U.S.-based media outlet Vice News, who have been remanded in custody on terror charges.

"We are concerned... by the recent arrests of the Vice News journalists in Turkey on terrorism-related charges," EU diplomatic service spokeswoman Maja Kocijancic told a news briefing in Brussels.

She called for an "independent and transparent investigation" into the charges against journalists Jake Hanrahan and Philip Pendlebury, who were detained last week covering unrest in Kurdish-dominated southeast Turkey.

A court in Diyarbakir remanded them and their translator in custody on Monday on charges of "engaging in terror activity" on behalf of the Islamic State extremist group.

Kocijancic said the EU was also concerned about a Turkish police raid Tuesday on the offices of a media group critical of President Recep Tayyip Erdogan and close to political ally turned implacable foe, the U.S.-based cleric Fethullah Gulen.

The crackdown, coming just two months ahead of legislative elections, saw masked police breaking into and searching a number of offices belonging to Koza-Ipek Media, which is linked to parallel state.

"Any country negotiating EU accession needs to guarantee respect for human rights, including freedom of expression, in line with the European Convention of Human Rights," Kocijancic added.

Turkey is a long-standing candidate for membership of the 28-nation EU, beginning its accession talks in 2005, but the process has been bogged down for years over complaints of its human rights record.