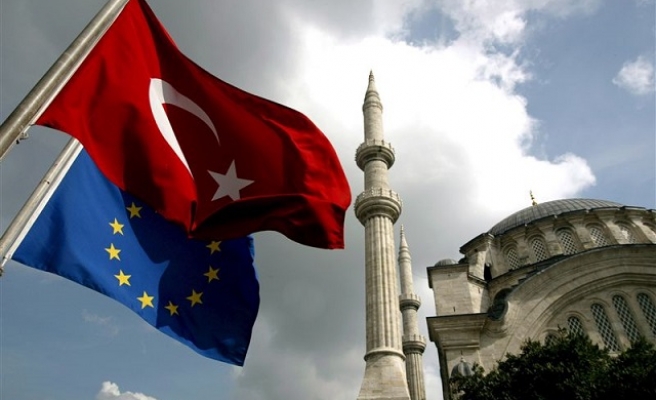 The European Union has described Turkey’s elections as "a strong commitment of the Turkish people to democratic processes."

In a joint statement made on Monday after preliminary election results were announced in Turkey Sunday, EU foreign policy chief Federica Mogherini and EU Commissioner for Enlargement Johannes Hahn said: "Sunday's general elections in Turkey, which had a high voter turnout, have reaffirmed the strong commitment of the Turkish people to democratic processes".

"The EU will work together with the future government in order to further enhance the EU-Turkey partnership and to continue to advance our cooperation across all areas for the benefit of all citizens," they added in the statement.

EU and Turkey are in the process of negotiating on a refugee action plan, under which the 28-nation-bloc has offered Turkey funding to reduce the flow of asylum seekers coming into Europe in exchange for easier visa travel rules for Turkish citizens seeking to visit Europe.

According to preliminary results based on 99.58 percent of votes counted, Justice and Development (AK) Party secured 49.41 percent votes -- a higher proportion than any of the predictions by opinion polls -- winning 316 seats at the 550-seat Grand National Assembly. The snap polls had been called following June's inconclusive general election that saw no party win a majority and coalition talks failed to produce an administration.

Meanwhile in Bosnia and Herzegovina, Bosnians and Turkish expats celebrated AKP’s victory. Supporters gathered outside the National Library in Sarajevo to mark the vote.

“The AKP has shown many times that Turkey is a true friend of Bosnia,” Vildan Topcic told Anadolu Agency. “AKP's victory is Bosnia's victory.”

Rizvan Halilovic, chairman of the Bosnia-Turkey Friendship Association, said: “This is the victory of Turkey, a triumph of democracy. This success in the election is the success of all Muslims.”

In Novi Pazar, Serbia, Adnan Jusufovic added: “Turkey is our master, our protector.”

In the Macedonian capital Skopje, hundreds of Albanians and Turks gathered in the Old Bazaar. In a phone call relayed to the crowd, Turkish Prime Minister Ahmet Davutoglu thanked them for “sharing the enthusiasm of Istanbul, Konya and Ankara”.

Davutoglu added: “We have always been close to you and will be also in the future.”