An investigation by the National Security Board (MGK) found that a crypto-phone given to the former president in 2012 had been tapped and listened to until February 2014. 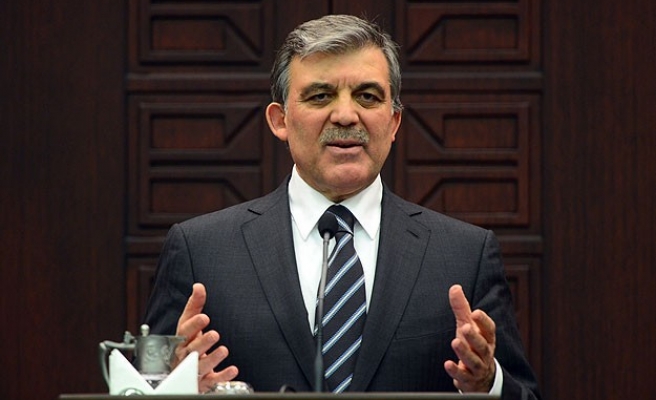 It has been revealed that Turkey's former president Abdullah Gul had been the target of an illegal wiretapping scandal for two years, as investigations into the country's 'parallel state' listening network continues.

An investigation by the National Security Board (MGK) found that a crypto-phone given to the former president in 2012 had been tapped and listened to until February 2014. Investigators are now trying to identify the culprit behind the scandal.

So far, it has been made known that a total of 76 crypto-phones, 26 of which belonged to the National Intelligence Organization (MIT) and the Chief of Army Staff Office, had been illegally tapped by the Telecommunications Department.

Pennsylvania-based Turkish congregation leader Fethullah Gulen, who has been living in self-imposed exile in the U.S. since leaving Turkey in 1999 with a fake passport, faces questions over his alleged role in leading a 'parallel state' to undermine the Turkish government via infiltrators in the judiciary and police force.

He is accused of being behind two police operations against government loyalists on December 17 and December 25, in what was recognized as a coup attempt on the Turkish government led by prosecutors and senior police officials loyal to Gulen's Hizmet Movement.

Since the December incidents, dozens of senior police officers have been arrested in Turkey in over a wiretapping scandal in which they illegally listened to and leaked phone conversations of hundreds of thousands of citizens from public figures and journalists to the president and prime minister.