Prosecutor Hakan Yüksel, who recently reopened the murder case of Ömer Lütfi Topal, a Kurdish businessman who was assassinated by several gunmen in front of his home in 1996. 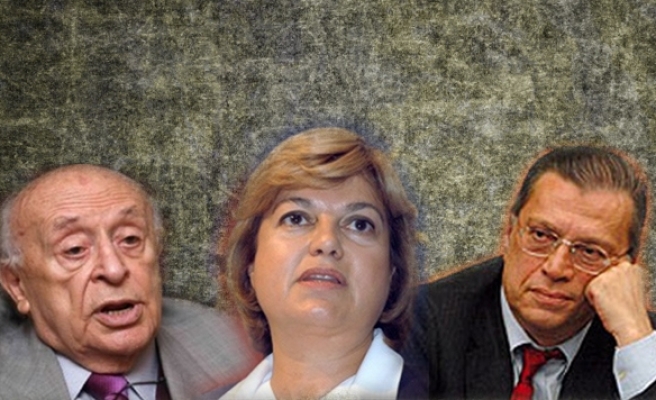 A prosecutor who is currently investigating several unsolved murders from the 1990s plans to summon former political party leaders who attended a meeting with then-President Süleyman Demirel and the then-prime minister, the late Necmettin Erbakan, to testify in the investigation, the Taraf daily reported on Tuesday.

Prosecutor Hakan Yüksel, who recently reopened the murder case of Ömer Lütfi Topal, a Kurdish businessman who was assassinated by several gunmen in front of his home in 1996, has obtained records of a meeting by top state officials which is considered relevant to the case.

The meeting evidenced that the government knew about an illegal alliance between the criminal world and the state at the time; this alliance was exposed following a car crash in Balıkesir's Susurluk municipality in 1996.

The Ankara Prosecutor's Office called on another individual to testify as a witness this week; the Taraf report noted that this individual is Kemal Yazıcıoğlu, who was the İstanbul police chief at the time. He is expected to give a statement to the prosecutor on Wednesday or Thursday.

On Nov. 3, 1996, Hüseyin Kocadağ, a former police chief, Sedat Bucak, a southeastern tribal leader whose men were armed by the state to fight separatist violence, and Abdullah Çatlı, an internationally wanted mafia boss, were involved in an accident near the small township of Susurluk while traveling in the same car. Kocadağ, Çatlı and his girlfriend, a former model, were killed in the accident.

Although no arrests of major figures were made, the ensuing investigation exposed the existence of links between the state and organized crime for the first time in modern Turkish history.

Ayhan Çarkın, a former member of the National Police Department's Special Ops Unit, who in July said he would be willing to speak out on any unsolved murder cases in which illegal groups within the security forces were involved, recently disclosed details of Topal's murder. Topal's murder case was re-opened for investigation following a confession by Çarkın.

Topal had come to İstanbul from southeast Turkey in 1957 and held a variety of jobs ranging from laborer to drug dealer. After being arrested for drug smuggling in Belgium, he was imprisoned for three years in that country and for three years in the US on similar charges. He started to operate the Caddebostan Grand Club in 1990. With his rise to the top of the casino world and resultant high earnings, he also became active in sectors such as energy, tourism and insurance.