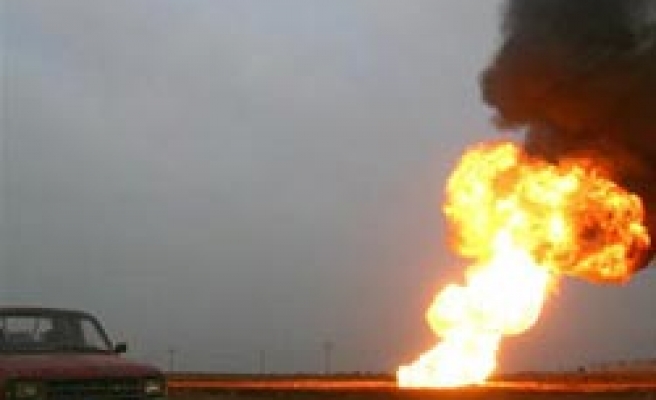 An explosion took place at a natural gas pipeline in Dogubayazit town of Turkey's eastern Agri province early on Wednesday.

The explosion occurred at a pipeline close to Dogubayazit's Topcatan village, which carries natural gas from Iran to Turkey, and what caused the blast is still unknown, officials told AA.

Due to the explosion, several work places and houses in the surrounding area were damaged and a fire erupted at the pipeline. Numerous police officers, gendarmerie teams and fire fighters were sent to the scene of the explosion.

The fire calmed down after officials from Turkey's Petroleum Pipeline Corporation (BOTAS) shut down the valves at the Gurbulak border gate and in the town center, officials noted.

Security forces said a wide-scale investigation would be launched into the explosion once the fire was taken under control.