An explosion tore through a Syrian customs post on the frontier with Turkey. 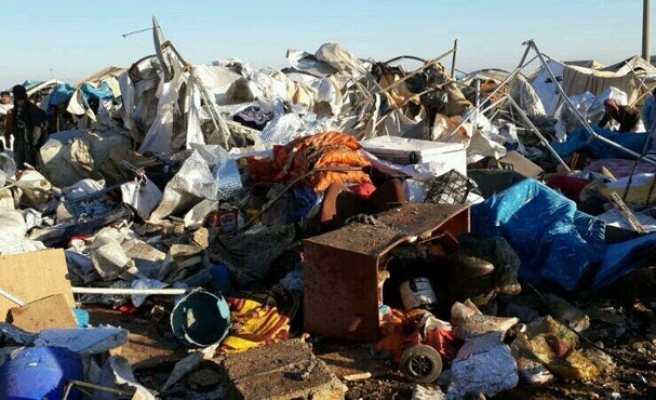 An explosion believed to have been caused by a car bomb tore through a Syrian refugee camp at a border post on the frontier with Turkey on Thursday, wounding scores of people, local officials said.

Ambulances ferried the injured to the southern Turkish city of Kilis, where a state hospital official said at least 40 people were being treated.

A Turkish border official said the blast near Turkey's Oncupinar border post, which sits opposite the Syrian Bab al-Salameh gate, could be felt several kilometres (miles) away, but that the border gate remained open.

Turkey is sheltering more than 600,000 refugees from Syria's civil war and has kept its border open throughout the conflict.

Thousands of people have been fleeing the Syrian city of Aleppo, some 60 km (40 miles) south of Kilis, in recent weeks because of a campaign of improvised "barrel bomb" attacks by President Bashar al-Assad's forces.

Towns near Bab al-Salameh have also seen sporadic clashes between the rebels fighting Assad and fighters from an al Qaeda splinter group, the Islamic State of Iraq and the Levant (ISIL).

Abu Osama, a camp administrator, said the explosion happened behind his office and at least 20 tents were reduced to rubble.

"Some of the bodies and tents melted from the explosion," he said over the phone. "We have had thousands of new refugees come to this area the past 20 days because of the barrel bombing in Aleppo."