Television images showed several parked cars ablaze in front of a local state authority's offices, while a plume of thick smoke rose over the area. 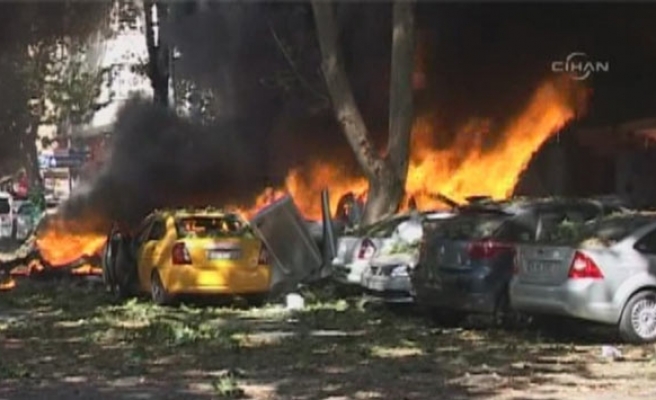 A bomb blast rocked the centre of the Turkish capital Ankara on Tuesday and some media reports said two people were killed, while a local mayor said nobody was dead but three people were seriously wounded.

Police were not immediately available for comment, but a TV station reported that the explosion had occurred in a minibus.

Television images showed several parked cars ablaze in front of a local state authority's offices, while a plume of thick smoke rose over the area.

Ambulances and fire engines rushed to the scene. The state-run Anatolian news agency said police set up a security cordon at the site in case of a secondary explosion.

Dogan News Agency quoted police sources as saying the blast was caused by a bomb and fire service officials as saying that two people had died. It also reported that police had detained a woman near the scene.

Cankaya Mayor Bulent Tanik said nobody was killed but three people had been seriously wounded, while broadcaster CNN Turk said 20 people were wounded and were being treated at three hospitals.

CNN Turk said bomb disposal teams were at the scene.