A written statement sent to press by the Dink family said the family will no longer attend the hearings to avoid being part of the “games played by the state mechanisms.” 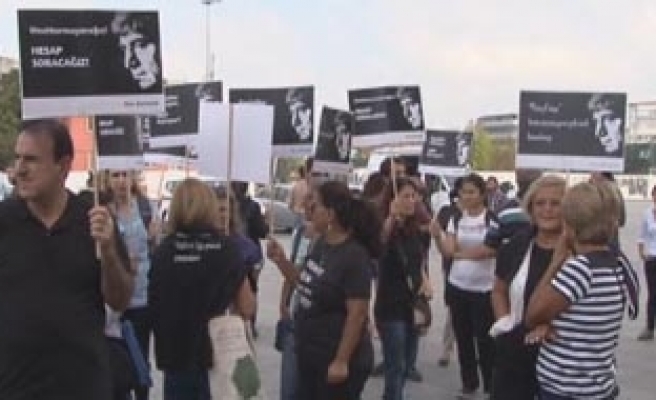 The İstanbul 14th High Criminal Court on Tuesday began a review of the trial of the 2007 killing of Turkish-Armenian journalist Hrant Dink after a decision by the Supreme Court of Appeals overturned the İstanbul court's first ruling on the murder, while the Dink family protested the judiciary system and said it would not attend the hearings.

A written statement sent to press by the Dink family on Tuesday said the family will no longer attend the hearings to avoid being part of the “games played by the state mechanisms.”

Dink, the late editor-in-chief of the Turkish-Armenian weekly Agos, was shot dead on Jan. 19, 2007, by ultranationalist teenager Ogün Samast outside the newspaper's offices in İstanbul in broad daylight.

The Dink family said during the past six years, the Turkish judiciary, state security, “civil and armed bureaucracy,” political institutions have all “played around with us,” and added that “this coalition” is the criminal organization which has planned and then covered up the murder.

The statement added that when the investigation first started, the Dink family had requested that the prosecutors interrogate a number of people but none of them were questioned and they were later sentenced in the trial of Ergenekon -- a clandestine and terrorist gang guilty of attempting to overthrow the government.

Samast, tried in a juvenile court because he was a minor at the time of the crime, was sentenced to nearly 23 years in prison. On Jan. 17, 2012, the İstanbul 14th High Criminal Court gave another suspect in the case, Yasin Hayal, a life sentence for inciting Samast to commit murder. Erhan Tuncel, who worked as an informant for the Trabzon Police Department, was found not guilty of the murder and acquitted.

The prosecutor of the first trial said that the murder was planned and carried out by the Ergenekon terrorist organization, but the court denied the existence of organized criminal activity in the murder.

The prosecutor of the Supreme Court of Appeals later said that there was a terrorist organization involved and that the state should investigate it.

The 9th Chamber of the Supreme Court of Appeals in May ruled that there was an organization involved, but said that it was a simple crime ring, effectively denying that Ergenekon played any role in the murder.

Dink's lawyers had submitted a petition to the Supreme Court of Appeals, arguing that the lower court's ruling violated the Turkish Penal Code (TCK) by acknowledging the existence of a criminal organization but declining to investigate it, and that the court ignored evidence of a terrorist organization.

As the verdict of the lower court was met with outrage by civil society groups, politicians and others, tens of thousands of people marched in protest in İstanbul.