The service will take place at the garden of the monastery between 10:00 a.m. and noon on Monday with participation of 500 people. 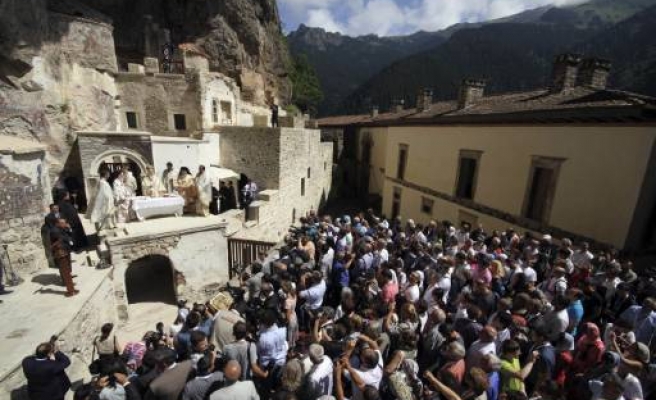 The service will take place at the garden of the monastery between 10:00 a.m. and noon on Monday with participation of 500 people.

Bartholomew said that he was happy to be able to attend this year's service, and thanked the Turkish government. He added that they had been hosted very well in Trabzon during last year's service.

Sumela Monastery takes place in Macka town of Trabzon. For the first time in 2010, the government allowed religious ceremonies to be held in the monastery after 88 years.

The monastery will be open to visitors before and after the religious service hours on August 15.

Nine guides will be assigned to help Turkish and foreign tourists who will arrive in Trabzon for the ceremony.

Founded in the year 386 AD during the reign of the Emperor Theodosius I, Sumela is a Greek Orthodox monastery, standing at the foot of a steep cliff facing the Altindere valley in Macka. Lying at an altitude of approximately 1,200 metres, it is a major tourist attraction.