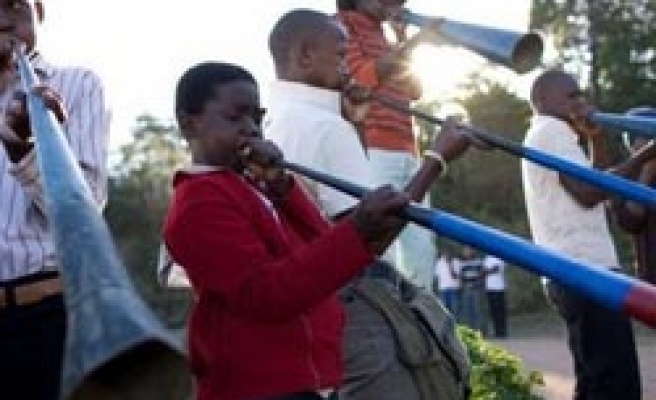 FIBA, the world governing body for basketball, announced that the vuvuzela will be banned from the 2010 World Basketball Championship, the world's biggest international basketball event, due to take place in Turkey this August and September.

Vuvuzela, a deafening plastic trumpet that emits a sound equivalent to 127 decibels, is an instrument based on South African horns. It became controversial at the recent 2010 FIFA World Cup South Africa after complaints from television viewers and players, Cihan News Agency reported.

FIBA has banned the vuvuzela in basketball arenas during the upcoming championship due to potential health risks, according to the Turkish Basketball Federation, in a statement posted on its website. FIBA asked fans not to bring these controversial instruments to games and warned that security teams would confiscate vuvuzelas at the entrance to venues. FIBA is the first international sports federation to officially ban the vuvuzela. The ban also includes other air horns.

FIBA Secretary-General Patrick Baumann said the vuvuzela was not suitable for indoor use and added that the noisy instrument could also cause problems for communication between referees during matches. The 2010 World Basketball Championship will take place in four Turkish provinces -- İstanbul, Ankara, İzmir and Kayseri-- from Aug. 28 to Sept. 12. It is expected to draw 350