Turkey hosts a basketball tournament of such a magnitude for the first time in its history. 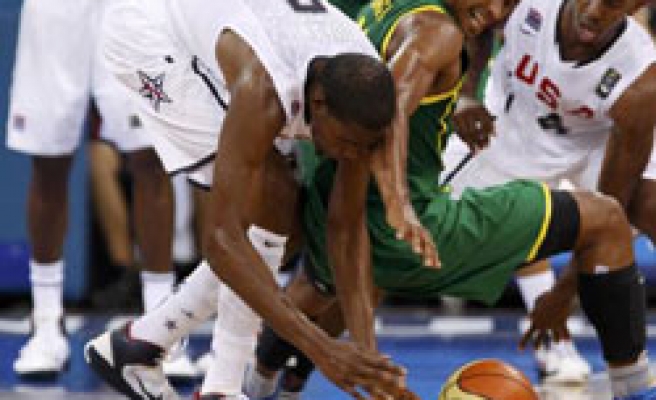 FIBA, the world governing body for basketball, said on Monday that it conducted its most extensive doping program so far at the ongoing World Basketball Championship hosted by Turkey.

According to a statement aired on Turkish Football Federation's web-site, 2 players from each of the 24 participating teams, which makes 48 players in total, were checked for doping on the first day of the FIBA 2010 World Basketball Championship.

Officials are planning to conduct at least 60 more dope tests and the total number of tests is expected to exceed 100, the statement also noted.

FIBA Secretary General Patrick Baumann said that such figure was a record in the history of his organization.

Baumann said tests were performed on players of every team and his federation aimed at putting an end to doping.

FIBA 2010 World Basketball Championship, the largest basketball event of the planet, was officially inaugurated with a spectacular ceremony in Istanbul on Friday and games kicked off in 4 Turkish cities, namely Istanbul, Ankara, Izmir and Kayseri on Saturday.

Turkey hosts a basketball tournament of such a magnitude for the first time in its history.

The tournament will end on September 12.