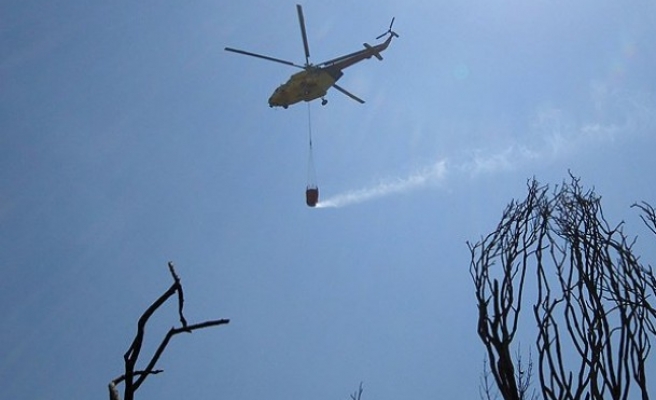 A fire extinguishing helicopter crashed in Turkey's western province of Mugla on Thursday.

Mugla Forestry Regional Director Ali Yildirim said that the cause of the crash was unknown, adding that the helicopter was extinguishing a forest fire in Otmanlar hamlet of Karacam village in Koycegiz town of Mugla.

Yildirim said that there were five people aboard the helicopter, adding that ambulances as well as search and rescue teams were sent to the crash site.