First snow of the year falls in Turkey 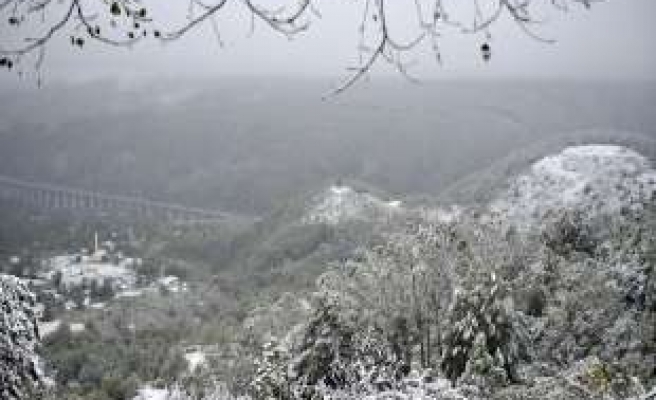 The recent cold front sweeping across Turkey as a result of the low pressure system originating in the Balkans brought the first snowfall of the year on high ground in the eastern part of Turkey, according to the Turkish State Meteorological Service.

Precipitation is expected to continue until next Tuesday, the officials said.

im doing a project on turkey and iz WUVZ it!! :)