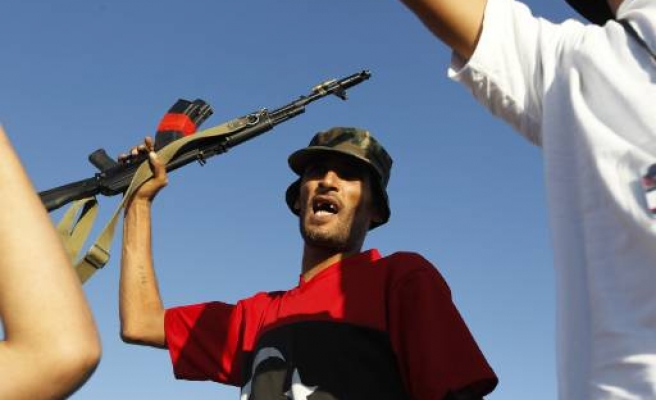 Turkish Foreign Minister Mevlut Cavusoglu has rejected claims that Ankara is not doing enough to prevent foreign fighters entering Syria through Turkey and called for a closer cooperation between Turkish and Western security organizations.

“We know that terrorists coming to this region, either the foreign fighters or the ones already from this region, are a threat to Turkey,” Cavusoglu said at a joint press conference with his German counterpart in Berlin.

He underlined the need for intelligence and information sharing with the countries where these fighters come from.

The ISIL, which already controls parts of Syria, has extended its reach into Iraq since June 10, when it seized Iraq's second-largest city Mosul. Violence conducted by ISIL has claimed more than 1,400 lives in Iraq, and caused 1.2 million Iraqis, including Turkmen, Arabs, Christians and Ezidis, to flee their homes.

Western intelligence organizations estimate that around four thousand foreign fighters from European countries have joined ISIL so far, and the organization is believed to have between 20,000 and 31,500 militants in Iraq and Syria.

Cavusoglu stressed that several stories published in Western media accusing Turkey of not doing enough against foreign fighters were wrong.

“We regret these unwarranted accusations. Turkey is a country which has long fought terrorism and suffered from terrorism. We are resolute on that matter,” he said.

“We are glad that Turkey is not only demonstrating efforts on that problem but has also already denied thousands of suspected individuals entering the country,” Steinmeier said.

Steinmeier stressed that the German government's decision to provide arms and ammunition to the Iraqi Kurdish Regional Government has been a difficult one and was due to the growing threat posed by ISIL.

“Our support should not be interpreted as encouraging Kurds towards independence. On the contrary we are supporting the territorial integrity of Iraq, and I made it very clear during my talks in Baghdad and Erbil,” Steinmeier said.

The German Foreign Minister also assured that there has been no change in his ruling party’s position towards the outlawed PKK, despite the organization’s fight against ISIL.

The PKK has been listed as a terrorist organization by the EU and Germany, but following recent developments in Syria some German politicians suggested a new approach towards the group, due to its role in fighting ISIL.

Steinmeier praised Turkey’s open door policy towards Syrian refugees and announced that Germany will host an international conference on October 28 to discuss ways to better assist neighbors of Iraq and Syria in the refugee crisis.

The number of Syrian refugees left stranded by their country's ongoing civil war has surpassed 3 million, according to the UN Refugee Agency.

The UN announced late last month that 6.5 million Syrians are also displaced within Syria and are finding it increasingly difficult to escape the country, often being forced to pay bribes at armed checkpoints.