Foreign tourists in Antalya up by 9.5 million

Number of foreign tourists that visited Antalya in the first 9 months of 2013 increases by 7.8 percent compared to figures from 2012, reaching a total 9,559,900 visitors 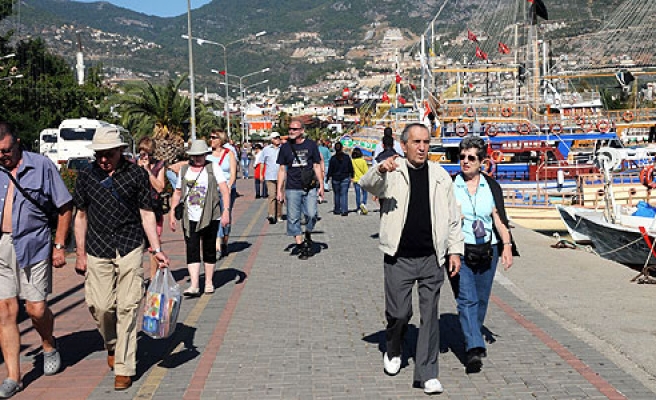 The number of foreign tourists that visited Turkey's resort city Antalya in the first 9 months of 2013 increased by 7.8 percent compared to figures from the year prior, reaching a total 9,559,900 visitors, according to Mediterranean Touristic Hoteliers and Operators Union (AKTOB).

Russia has brought in the highest number of tourists in the 9-month period, with over 3 million tourists, marking an 18 percent increase, whereas arrivals from Germany were down by 0.7 percent. Still, Germany was second with 2,191,633 visitors.

The number of Israeli tourists exceeded 64,000 which is a 194 percent increase compared to the same time period in 2012, a sign of Israel's recovering market. On the other hand, the number of Iranian tourists continued its downward trend, dropping by 48 percent to 35,000.