Speaking to reporters in front of the İstanbul Police Department, Polat said he did not know why he had been called. 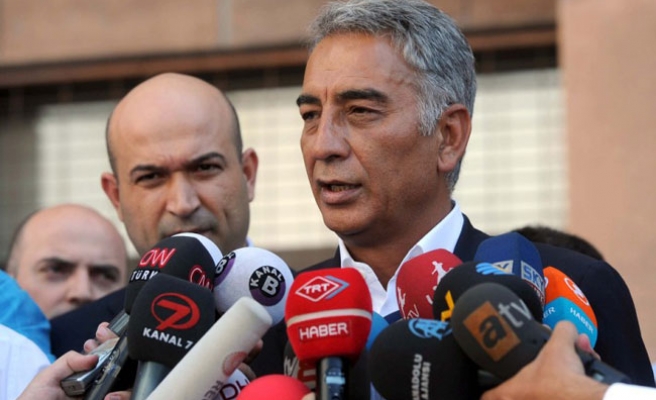 İstanbul police interrogated former Galatasaray Chairman Adnan Polat on Friday as part of a mass match-fixing operation, which has led to 31 senior club officials and footballers, including Fenerbahçe higher-ups, being put behind bars.

Speaking to reporters in front of the İstanbul Police Department, Polat said he did not know why he had been called. The former chairman was released after being interrogated by police.

Police are reportedly looking for a document, dated 2007 and signed by Tulun. Galatasaray is allegedly accused of manipulating a game between Fenerbahçe and Denizlispor in 2006 by paying the team $1.5 million in order to ensure the championship for his own team. The game ended in a draw and helped Galatasaray clinch the domestic title.

Media reports claimed that the document is a letter written by Tulun that addresses Polat, informing the former chairman that the club had paid Denizlispor $1.5 million and that the amount included $400,000 to be paid to former Galatasaray footballer Rigobert Song. Polat told reporters as he left the police department that he was informed of the letter in question only recently.

The club denied media reports of Galatasaray's interference in the Denizlispor-Fenerbahçe match in a statement. It is noted that nobody related to Galatasaray is a suspect in the ongoing match-fixing investigation and that neither current nor former footballers have been mentioned in the probe.

In a related development, Galatasaray Deputy Chairman Ali Dürüst denied his club's involvement in the match-fixing allegations and said the police search was related to an internal affair of the club.

The match-fixing investigation concerns claims that some club officials and footballers were rigging games in the Spor Toto Super League, which ended in May with Fenerbahçe winning the trophy, as well as the Bank Asya League 1. Last month, police raided homes and football club premises, detaining some 60 people suspected of fixing football matches in two Turkish leagues last season.

Many high-ranking football officials from various Turkish clubs, including Fenerbahçe and Beşiktaş, have been arrested on charges of fraud and match-fixing. A total of 31 individuals, including agents, former footballers and club managers, were arrested in two waves of the probe, with Fenerbahçe Chairman Aziz Yıldırım being the highest-profile figure taken into custody.

Meanwhile Mehmet Ali Aydınlar told the Vatan daily that the federation is authorized to carry out investigations into incidents that happened as far back as 20 years ago. Aydınlar said they do not differentiate between teams and that the federation can impose various sentences on clubs and players, including confiscating clubs' cups.