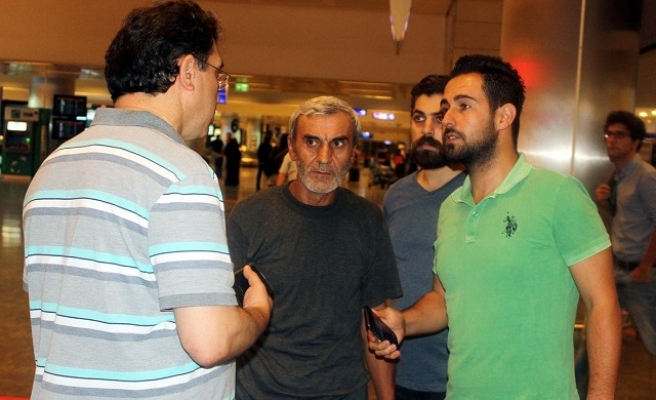 Two of 18 Turkish workers recently kidnapped in Iraq have arrived in Istanbul.

Necdet Yilmaz and Ercan Ozpilavci, who were released from captivity on Wednesday in Basra, are reported to be in good condition.

"We are well. We just want our friends [remaining hostages] to be released," Yilmaz told reporters at Istanbul Ataturk Airport on Thursday.

Yilmaz said the kidnappers had treated them well. "Our friends are also in good health," he added.

The Turkish workers were abducted earlier this month in a Baghdad suburb by an armed Shia group.

All those abducted are employees of Nurol Holding, a Turkish construction firm currently carrying out development projects in the Iraqi capital.

In the video, the abductees – who include three engineers and an accountant – give their names and the names of their hometowns in Turkey.