The coach of the French national basketball team defined the upcoming eight-finals game against Turkey as a challenging one. 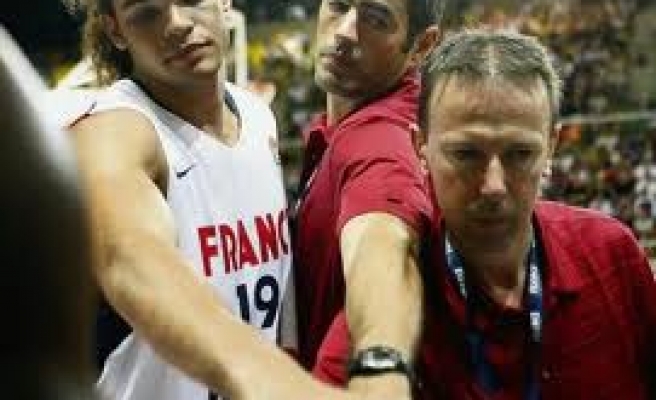 The coach of the French national basketball team defined on Thursday the upcoming eight-finals game against Turkey as a challenging one.

Coach Vincent Collet of France said Sunday's FIBA 2010 World Basketball Championship game against Turkey would be a hard one for the French team as Turkey was playing at home.

"We have tried to refrain from Turkey, but Turkey is the team we will take on," Collet told reporters.

New Zealand defeated France 82-70 in its last Group D game in the FIBA 2010 World Basketball Championship in the Aegean province of Izmir earlier on Thursday.

Thus, France completed the preliminary group in the fourth place and became Turkey's rival in the eight-finals.

Collet said France would feel stressed during its game against Turkey, but hoped it would be a good game for his team.

The coach said his team had an adaptation problem in its game against New Zealand, and played badly.

Also, French player De Colo said Turkey was a strong rival, and they had to do their best during the upcoming game.

Also speaking to reporters, New Zealand's coach Nenad Vucinic said his team would focus on its next game against Russia.

Vucinic said Russia was a well-managed team, and defined his team's eight-finals game against Russia as a challenging game.