Akbalik, 21, had collapsed on Sunday during a match against a Slovenian player in the men's 63-kilogram category of the International Taekwondo Tournament in Luxor, Egypt. 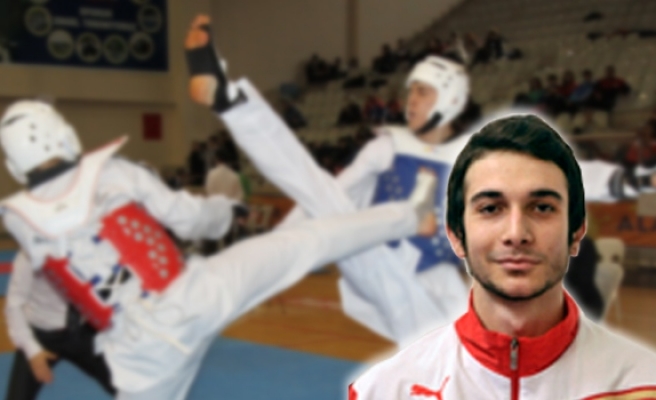 A funeral oration was held Monday for Turkish taekwondo player Seyithan Akbalik, who died in Egypt one day earlier.

Akbalik, 21, had collapsed on Sunday during a match against a Slovenian player in the men's 63-kilogram category of the International Taekwondo Tournament in Luxor.

The oration was attended by sport missions participating in the tournament, which concluded on Monday.

A huge photo of the Turkish player was hung at the façade of the hotel, where the Turkish mission resides, and a tree was planted in his name.

On Sunday, Vice President of the World Taekwondo Federation (WTF) Ahmed Fouly said that the Turkish player had died of natural cause.

"The prosecution has concluded, based on the postmortem report, that the player had died of circulatory collapse," Fouly told a press conference.

Fouly, who is also the head of the Egyptian Taekwondo Federation, said the Turkish medical team along with doctors from Egypt and the UK had tried to rescue the player, but to no avail.

He noted that the player was taken to Luxor International Hospital, where he was pronounced dead.

More than 300 players from 37 countries had taken part in the International Taekwondo Tournament in Luxor, which opened on Saturday.

Turkey was represented by a 46-member delegation.