Lack of consistency in regulation and protectionism are souring investor sentiments, business leaders at the G20-OECD global forum in Istanbul say 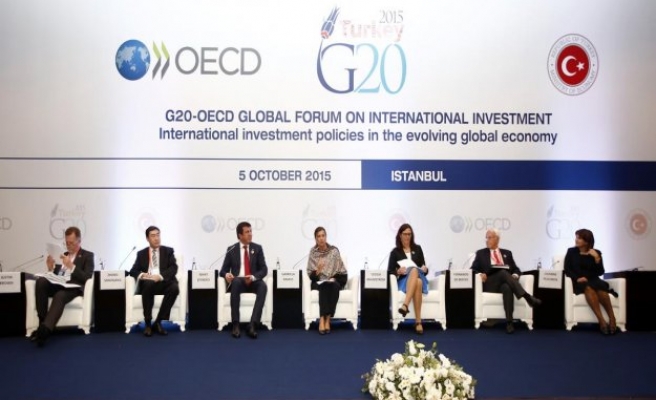 A clear consensus has emerged at the G20-OECD global forum in Istanbul over the lack of progress on increasing the flow of international investment.

"There is a lack of consistency in regulation and a failure to create a level-playing field," Franz Shulz, chief executive officer of the global steel and mining company, Arcelor Mittal, said at the forum Monday.

The development of an international policy framework for trade and investment seems to have come up against a series of obstacles at the national level.

"Structural factors, such as inadequate infrastructure, and a failure to provide legal assurances, are still keeping investors away, especially for developing countries," Rob Davies, minister for trade and industry of South Africa, said at the forum Monday.

And there is rising protectionism, particularly in the form of prioritizing the use of local content, Michael Punke, deputy trade representative and ambassador at the World Trade Organization, commented at the forum Monday.

"Trade and investment are linked," Shulz said. "My company operates in 22 countries on four continents. Our global value chain is a key part of our organization. Yet making it work efficiently is getting more difficult as the number of unfair trade regulations grows. Our investment follows our trade, keep one out and you keep out the other."

And the prioritizing of local content is raising obstacles to investment in technology. "This is a growing trend, particularly in emerging markets," explained Robert Koopman, chief economist World Trade Organization, at the forum Monday.

"Countries are seeking to increase the percentage of locally sourced components in technology, and thus to increase input by national manufacturers. But the result is just the opposite: Our studies have shown that the quality of production declines, and so does demand for the technology. Sourcing from high quality international producers actually works better to increasing local production," Koopman said.

The increasing number of bilateral trade agreements is also blocking the global flow of investment, according to Matthias Machnig, German state secretary for economic affairs and energy.

"There is a definite lack of consistency among all these agreements, and they often give rise to national legislation that is unfavorable to investment. There is also no international standard on dispute resolution, and this leads to a lack of investor confidence," Machnig said Monday.

“There is a need for standards for trade agreements, so that they will lead to local legislation that helps to attract investment," he pointed out.

For emerging markets, investment in infrastructure is needed so that international investors can have confidence in local logistics, Alexander Mora, Cosa Rica's minister of trade, said at the summit Monday. "Developing countries need targeted policy to ensure that investors can achieve their projected goals," Mora said, adding that national legal systems must be made reliable and timely, so that investments were considered safe.

The Group of Twenty (G20) - Organization for Economic Co-operation and Development (OECD) Global Forum on International Investment began in Istanbul Monday and was expected to end Tuesday.