General Staff's wiretapping base handed over to MİT

MİT's Electronic Technical Intelligence unit will move to the Flag Garrison, located in the south of Ankara off the Haymana highway. 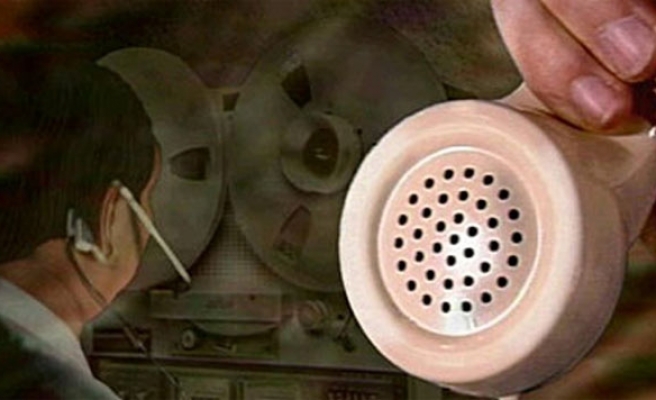 Turkey's highest capacity electronic military intelligence base, including high-tech wiretapping facilities, known as the Flag Garrison and formally as the General Staff Electronic Systems Command (GES), has been placed under civilian control upon orders from Prime Minister Recep Tayyip Erdoğan.

In March, 2011, the necessary procedures to place the GES under the control of the National Intelligence Organization (MİT) were already under way, based upon an order from Prime Minister Recep Tayyip Erdoğan. Within the scope of this placement, Turkey's biggest wiretapping base, GES, where secret information and security intelligence were used by the deep-state, is now under civilian control.

MİT's Electronic Technical Intelligence (ETİ) unit will move to the Flag Garrison, located in the south of Ankara off the Haymana highway. Other than being an important step towards advanced democracy, this project is also part of a large effort to coordinate GES and MİT activities more effectively and to avoid duplication of intelligence gathering.

The intelligence base has sufficient equipment to perform electronic video capturing and wiretapping tools, which allow encrypted information from Afghanistan to Somalia to be recorded.

In a press conference held in Ankara, Transportation Minister Binali Yıldırım stated that the General Staff has no wiretapping facilities anymore.

GES was established by the US during the Cold War in the late '50s to gather intelligence on the USSR. Later, it was placed under NATO and Turkey's control. The center has state of the art wiretapping equipment, antennae and other devices that enable monitoring of wireless communications. The system has satellite and ground systems that can ensure encrypted communication with Turkish units located in far-off places from Asia to Africa.

GES recently became a source of much controversy. It was first heard of publicly during the Sept. 12, 1980 coup d'état, when it was used as a communication center by the coup leaders.

Its secrecy was undermined during a search of the military's Tactical Mobilization Group unit as part of an investigation into an alleged assassination attempt on the life of Deputy Prime Minister Bülent Arınç.

In February 2008 a tape recording that allegedly featured the voice of GES commander Gen. Münir Ertan was posted online. The broadcast was used as propaganda by the terrorist Kurdistan Workers' Party (PKK) to indicate that Turkey's cross border operations on PKK bases abroad were failing.

In the most recent scandal, civilian prosecutors searched GES in October 2010 as part of an investigation into a gang accused of using prostitutes to blackmail engineers and military officers working on key defense projects to steal and sell information about these projects to foreign intelligence services.