After German diplomatic missions were closed after threats of attack, German Foreign Minister Frank Walter Steinmeier has said that mission will remain closed on Friday after further intelligence reported threats on the embassy in Ankara and the consulate in Istanbul 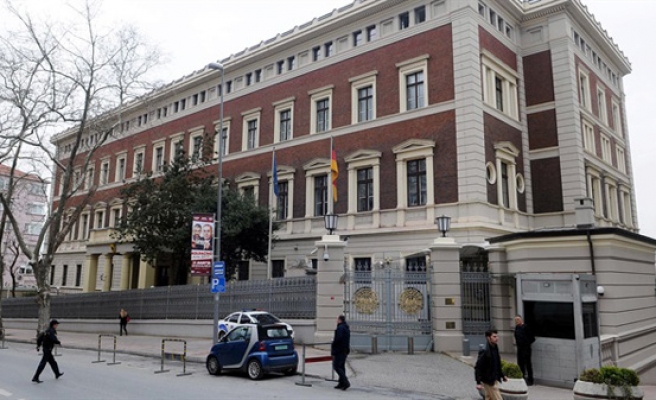 Both the German Embassy in Ankara and the German Consulate in Istanbul have remained closed for a second day after initial threats of an attack. The German Foreign Minister Frank-Walter Steinmeier said they had received very serious intelligence about a possible terror attack against German missions in Turkey on March 17 in a report in Hurriyet.

Security measures are continuing in front of the German Consulate in Istanbul building with armored police vehicles.

“We have received very concrete intelligences over the fact that there have been preparations for terror attacks at German representation offices in Turkey. Therefore, I decided for the closure of Embassy in Ankara, Consulate in Istanbul and German schools in the two cities last night. This was a necessary precaution for the protection of Germancitizens and working people have priority,” German Foreign Minister Frank Walter Steinmeier said at an urgent press meeting in Berlin on March 17.