This issue of Zenith, which deals with political, cultural and economic issues in the Muslim world and the Middle East, asks its readers whether the Kurdish people came out the winners of the Arab Spring. 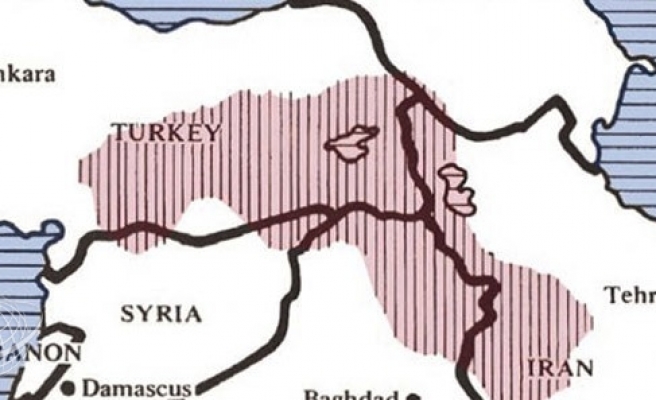 A German magazine ran a cover showing a region that includes Turkish cities between Erzurum and Gaziantep as part of “Kurdistan.”

Known as a prestigious source of political analysis, the German magazine Zenith published the image on Wednesday in its July-August issue. The headline alluded to Kurdistan: “Can this country still be prevented?”

This issue of Zenith, which deals with political, cultural and economic issues in the Muslim world and the Middle East, asks its readers whether the Kurdish people came out the winners of the Arab Spring. The magazine dedicated 30 pages to analysis and research articles about Kurds. Writers highlighted that the status of the Kurdish people in the Middle East improved in an “uncontrollable fashion” during the uprisings that have erupted in the region in the last three years. One article claimed that Kurds, who form the biggest stateless nation in the Middle East, now have a chance to establish their own country.

However, the article added that for countries where Kurds are living, the establishment of Kurdistan is a “nightmare” that could come true with the Arab Spring.

Articles in the magazine also touched on Turkey's settlement process, which aims to solve the country's conflict between the Kurdistan Peoples' Party (PKK) and the state, Iraqi Kurds' problems with the central government in Baghdad and the gains of Syrian Kurds during their country's 28-month-old conflict.

Kurdistan will be liberated sooner or laterThe people in Europe and North America are sharing blood and heritage with Kurdish people. Kurdish people need their help to be free from Arabs and Turks.Freedom of Kurdistan meaning an ally to west, the animosity between Persian Empire-Greek, Persian Empire-Roman and Ottoman Empire-Europe had negative effect on Kurdish-European relationship.Europea