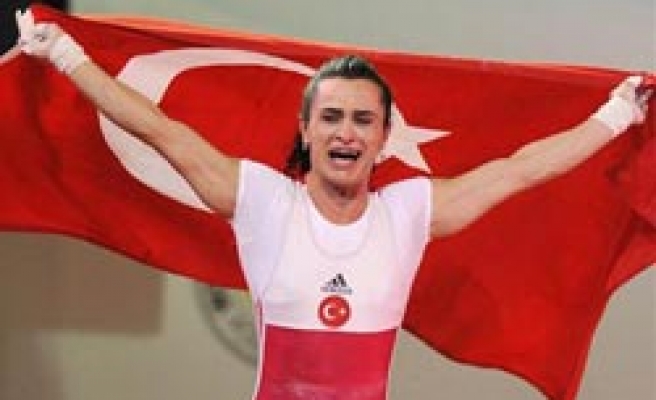 Turkey's Nurcan Taylan on Friday lifted 121 kilograms in women's 48 kg clean and jerk, breaking a world record to claim the gold medal in the World Weightlifting Championship in Antalya, Turkey.

Taylan lifted 93 kg in women's 48kg snatch earlier today which also made her a gold medalist.

The European and Olympic champion clinched to her third gold in overall with a total of 214 kilograms in snatch, and clean and jerk.

Ozkan became the overall silver medalist with a total of 205 kilograms.

Tian was overall third with a total of 204 kilograms to win the bronze.