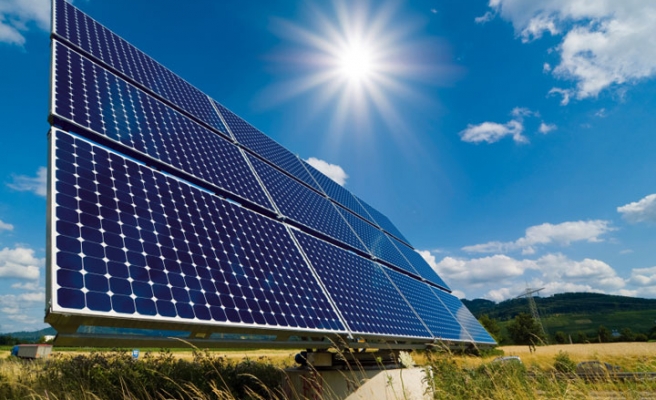 The company will invest in solar projects in a district of the western city of Edirne, which neighbors Greece, said Kalenteridis Evaggelos.

''The company was searching for a place to invest for some time and settled on the Kesan district as it is an organized industrial zone,'' Evaggelos said.

''The company aims to invest in the Thrace region of Turkey at first and then spread the projects to the rest of the country,'' he said.

The Greek solar energy company will operate as a member of the chamber of industry and trade of Kesan, Mustafa Helvacioglu, chairman of the board, said.

''We welcome foreign and domestic investors to our region and are glad to have the Greek company in Kesan,'' Helvacioglu said, adding that their hope is for the investments to continue and projects to increase.

Turkey's installed energy capacity is more than 68 gigawatts and the country aims to reach levels of 110 gigawatts by 2023. Additionally, renewables' share in electricity production is targeted to rise to 30 percent by 2023 by adding 34 gigawatts of hydropower, 20 gigawatts of wind energy, five gigawatts of solar energy and two gigawatts of geothermal and biomass energy.