Gormez was gifted holy Quran written on silk, which is one of the three copies in the world 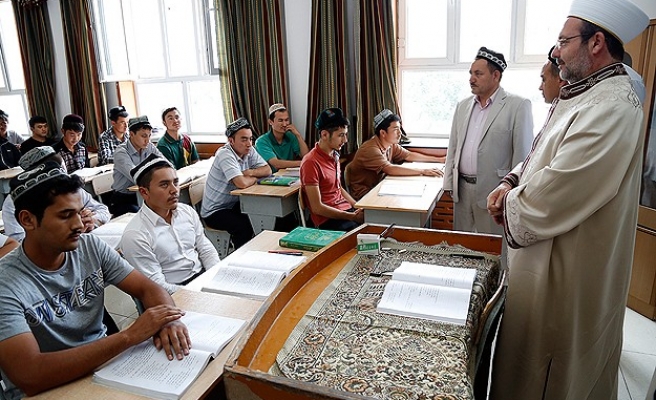 Gormez was gifted the holy Quran written on silk, which is one of the three copies in the world.

Copies of some religious books translated from Turkish to Chinese and published in China was presented to Turkish head of religious affairs.

Following his visit in Chinese Islamic Union on Thursday, Gormez will also visit the Ningxia Hui Autonomous Region, largely populated by Muslims, in northwest China where he will attend the first China-Arab States Expo.

He will also address the Muslims in the region ahead of the Friday prayer, in addition to attending a program in which the holy Quran will be recited.