There were also identification documents of Meskhetian Turks who crossed the border and settled in Turkey in the 1920s and 1930s. 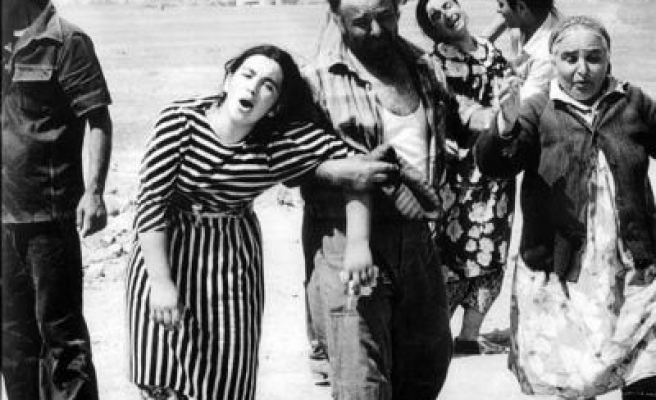 A cargo company mistakenly delivered 15 boxes of historical documents regarding Meskhetian (Ahıska) Turks forwarded by the Iğdır Department of Public Works and Settlement to the State Archives General Directorate to archives' waste-paper unit, where the documents were destroyed.

According to information obtained by the Radikal daily, the Iğdır Department of Public Works and Settlement sent documents, including land ownership certificates and tax papers of Meskhetian Turks, by UPS to the State Archives. However, the cargo company incorrectly delivered the boxes of documents to the waste-paper unit in Ergazi, where they were destroyed.

When the mistake was discovered, the Ministry of Public Works and Settlement carried out an investigation. However, the ministry stated the incident is not their responsibility and that the State Archives General Directorate is responsible for the mix-up. Thus, the case file was forwarded to the Prime Ministry, where the Ministry of Public Works and Settlement, UPS and the General Directorate of State Archives will be investigated to determine responsibility.

It was reported by Radikal that many of the destroyed documents concerned Meskhetian Turks, who moved to Turkey when the Soviet Union was first established. There were also identification documents of Meskhetian Turks who crossed the border and settled in Turkey in the 1920s and 1930s.

The Meskhetian Turks are Anatolian Turks who moved to Georgia during the days of the Ottoman Empire. However, these Turks stayed in Georgia when the border between Turkey and the Soviet Union was determined under the Treaty of Moscow on March 16, 1921. Concerned with rapprochement between Turkey and the Meskhetian Turks, the Moscow administration deported 120,000 people to Central Asia on the night of Nov. 15, 1944. Currently, 500,000 Meskhetian Turks who were dispersed throughout the former Soviet Republics, including Azerbaijan, Kazakhstan, Uzbekistan, Kyrgyzstan and the Russian Federation, are unable to return to their homeland of Georgia; they are also denied citizenship in their current countries of residence.