The fellowships focus on cross-border learning opportunities in academia, civil society, media, culture and arts, translation and interpreting and language-learning, and law. 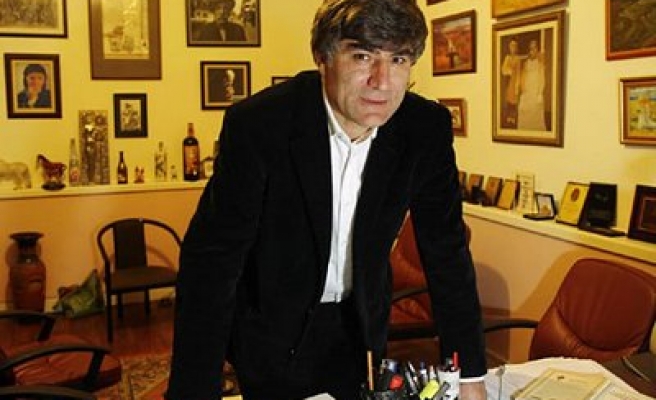 The Istanbul-based Hrant Dink Foundation is launching a fellowship program in an attempt to normalize Turkish-Armenian relations.

The program offers about 18 professionals from Turkey and Armenia the chance to live and follow a special agenda in the host countries for from four to eight months, according to a press release from the foundation.

At least 63 organization from Turkey and 25 from Armenia are ready to act as hosts in the two countries, the statement said.

“Individuals are also invited to propose their own project ideas, other than the fellowship opportunities offered by the listed host organizations,” said the statement.

The fellowships focus on cross-border learning opportunities in academia, civil society, media, culture and arts, translation and interpreting and language-learning, and law.

Citizens and legal residents of Turkey and Armenia can apply for the fellowships. The deadline is July 20.

The program is financed by the European Union.

The Hrant Dink Foundation was founded in 2007, the year of Dink's assassination, to realize his dream of normalizing relations between the two countries. He was editor-in-chief of the Turkish-Armenian newspaper Agos and was considered one of Turkey’s most prominent Armenian voices.

Relations between the two countries have been poor since the 1915 incident that took place during World War I. The Armenian diaspora and government describe the 1915 events as genocide and have asked for compensation. Turkey says that, although Armenians died during deportations, many Turks also died in attacks carried out by Armenian gangs in Anatolia.

Turkish Prime Minister Recep Tayyip Erdogan offered condolences in April of this year for the Armenian deaths that occurred during the incidents of 1915 -- a first for a Turkish statesman.