An operation against the terrorism funding production of illegal drugs is currently taking place in the district of Lice. 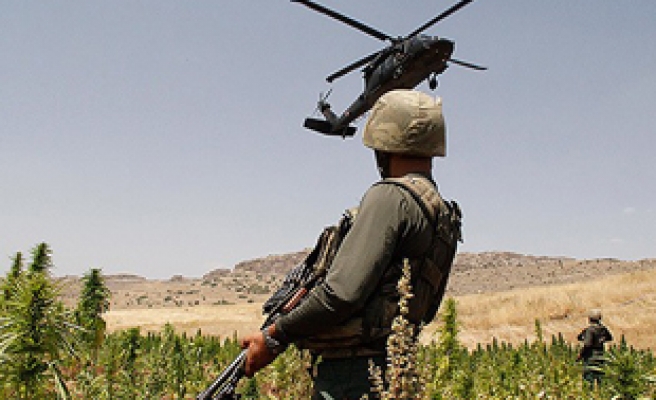 An operation targeting the producers and dealers of illegal drugs is underway in the Diyarbakır district of Lice, with support from the Turkish air-force.

According to the local council, a team under the directorship of the local gendarme was today dispatched to the village plains of Ortaç and Yalaza in the Lice district, in a campaign against the producers and dealers of illegal drugs.

It has been announced that twenty-four teams consisting for the gendarme’s special forces and commandos and formed a security circle around the area alongside three teams from the police’s special forces.

Pointing out the use of general-use helicopters, offensive helicopters, unmanned drones and armored vehicles to assist in the mission, a statement also noted that ‘the Republic’s head prosecutors in Diyarbakır are acting within and exercising their documented right to interrogate those who produce illegal drugs for the purpose of funding terrorism and are involved in the illegal trade of stimulants.’

The drugs being produced in the region are believed to be for the purpose of funding terrorism.