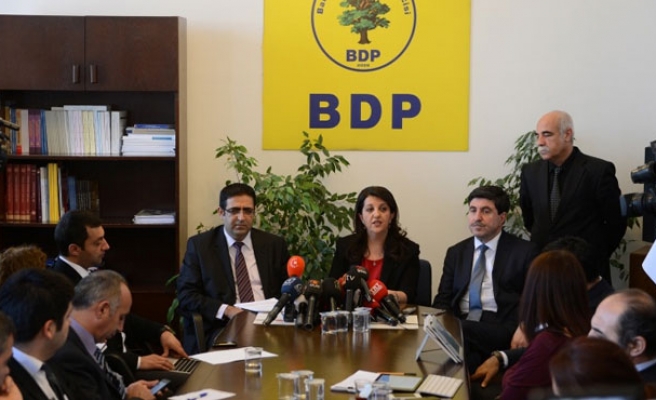 A group of deputies from the pro-Kurdish party held a press conference on Thursday after they visited the jailed Kurdistan Workers' Party (PKK) leader Abdullah Ocalan.

Ocalan told the BDP deputies that he expected to begin the legal negotiations between the government and the Kurdish party to discuss main subjects.

Secondly, Ocalan said that the government should take steps constitutionally. The leader also said that he wanted a government delagation to visit him routinely.

Ocalan is imprisoned on the island of Imrali in the Marmara Sea off the coast of Istanbul. National Intelligence Organization (MIT) officials have been engaging in negotiations with him.

The negotiations have come to be called the “peace process” or the “settlement process,” in Turkey.

Last year, in a historic letter read by BDP deputies at a Newroz celebration, Ocalan ordered his organization's fighters to pull out from Turkey as part of a new “era of peace” in which no guns or violence will be used to pursue the Kurdish cause.