"Holding protests is a right... However, laws do not welcome those who attempt to violate the rights of others. We, as the government, would not allow this to happen," Arinc said. 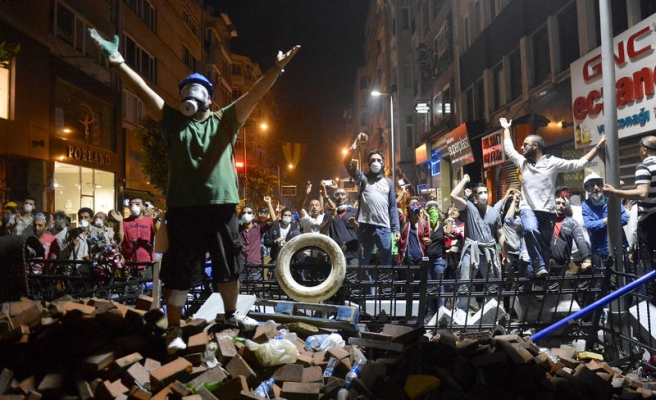 Deputy Prime Minister Bülent Arınç has said his government has received intelligence suggesting that there will soon be a new wave of protests similar to the Gezi Park protests.

Speaking to a program on the TRT news channel on Tuesday, Arınç called on people to be careful about a new wave of protests and assured that the judiciary will not allow any violation of the law.

“Holding protests is a right. People can demonstrate to voice their appreciation or objection about certain things by letting authorities know beforehand; I don't mean by getting permission. However, laws do not welcome those who attempt to violate the rights of others. We, as the government, would not allow this to happen. The opposition could say this government is bad, that they can serve the nation better. This is the job of the opposition, but Parliament is the venue to voice this,” he said.

When asked whether there was any disagreement among the members of Parliament during the Gezi protests, he said it is very natural for members of the government to voice their own views.

“There was gossip about me, our president and the prime minister. The prime minister back then gave a very good answer. He said an individual's discourse and style could be different. … We may have different personalities but this does not show that we are not together,” he said.