"International Conference on Islamophobia: Law and Media" which was held in Istanbul has ended 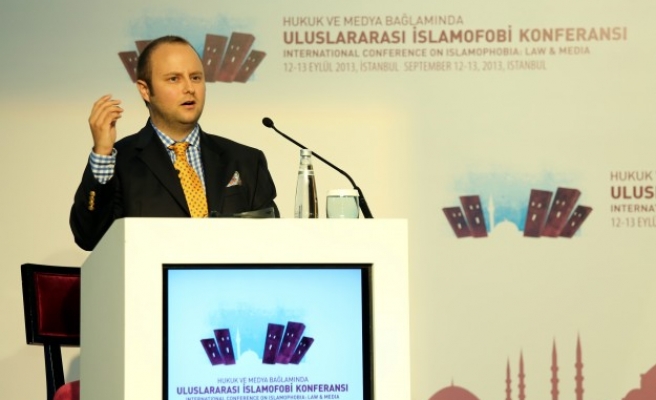 "International Conference on Islamophobia: Law and Media" organized on September 12-13 at Grand Tarabya Hotel in Istanbul ended on Friday.

Reading the final statement of the Conference co-organized by Directorate General of Press and Information (BYEGM) of Turkey and the Organization of Islamic Cooperation (OIC), Director General of BYEGM Murat Karakaya said, "Islamophobia is deemed as a human rights issue because of its implication on intolarance, exclusion and discrimination culminating in hate speech and hate crimes towards Muslims."

Karakaya said that existing relationship of Islamophobia with human rights and universal law appears to be an important subject requiring to be scrutinized.

Emphasizing that the media was directly responsible for spread of Islamophobia and the social problems that it tended to lead, Karakaya said, "Anti-Muslim representations through images and language used by the visual, print and social media play efficient role in creating the social repercussions of Islamophobia."

Karakaya said to address the fundamental question of "how does one identify and describe legitimate criticisms or anxieties on the one hand and hate-filled or irrational criticisms and anxieties on the other, in the media, law, politics?", the conference had brought together distinguished scholars, diplomats, NGOs and media experts.

"We hope that the knowledge, the goodwill and the determination that emerged from this conference can and will lead to properly act upon the better implementation processes supported by constructive discourses," he added.

The source of the world's Islamophobia is ISLAM and MUSLIMS. If they stop murdering and raping people, no one will fear them. Duh.