After entering Turkey in the eastern province of Ağrı, the group of 25 students were stopped and were questioned upon an order from a prosecutor's office over spying claims. 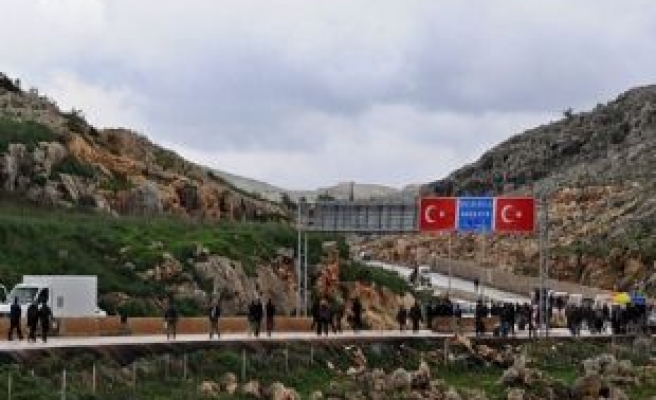 Turkish authorities questioned a group of Turkish students who went to Iran on a 20-day study trip over claims that they were exploited for spying activities, according to a report published by the Hürriyet daily on Wednesday.

After entering Turkey through the Gurbulak border gate in the town of Doğubeyazıt in the eastern province of Ağrı on Sept.12, the group of 25 students, aged 13 to 19, were stopped and were questioned upon an order from a prosecutor's office over spying claims.

The students, who were given courses by 20 Iranian universities, have been returned to their families, while a suspect who was the leader of the group, identified only by the initials K.A., has been detained. Although K.A. said the trip was organized by the İstanbul branch of Iran's Camia-tul Mustafa University, the university has denied any involvement in the study trip.

During questioning, one of the students, aged 14 and identified only by the initials M.K, said that all the expenses of the students were covered by Camia-tul Mustafa University. “I didn't know anyone in our group. Our guide provided our contacts in Iran. As well as the courses, we visited the Imam Reza Shrine [one of the the holiest place in Iran].They gave us courses about Islam. The ones that gave courses were Iranians. On the last days of the visit, they took us to Qom city [a holy city for Iranians]. Iranians who work at university guided us. During the entire visit we stayed at the madrasahs of Camia-tul Mustafa University,” the student said.

According to Hürriyet's report, the students stayed in Iran for 20 days and were accommodated at university madrasahs, including sacred Shiite venues. The group also visited the house of Ayatollah Khomeini, the leader of the 1979 Iranian Revolution, the report added.

According to another student, aged 17 and identified only by the initials Z.E., they were told by some Iranians that their visit to Iran was more valuable than performing hajj, the sacred pilgrimage of Muslims.

One of the students, aged 14 and identified only by the initials H.G., noted that they were influenced by the Iranian regime.

After receiving reports that Turkish students from high and secondary schools were being sent to Iran during the summer months and those students were being used for spying activities, the Ağrı Doğubeyazıt Public Prosecutor's Office launched an investigation.

According to the investigation file, the students met with leading Iranian religious leaders in Iran and received religious and political education from them. The file further added that the students were used as propaganda against Turkey, and that further detentions are possible.