Ahmad Ganjjou flew from Iran to İstanbul on May 26 and has since been staying in the İstanbul airport's international terminal, sleeping on chairs and refusing help from officials. Syrian families who have fled their country are also waiting at the airport. 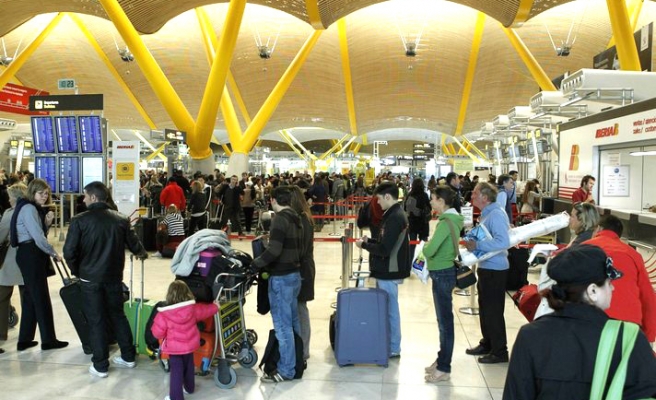 A 60-year-old Iranian man who initially intended to travel from Iran to Denmark through İstanbul has made an unusually long layover at İstanbul's Atatürk Airport -- 40 days and counting.

Ahmad Ganjjou flew from Iran to İstanbul on May 26 and has since been staying in the İstanbul airport's international terminal, sleeping on chairs and refusing help from officials. After he landed at the airport, Ganjjou suddenly decided not to travel to Denmark but instead to stay in the terminal.

As for the reason why he remains at Atatürk airport, Ganijou said, “I was going to make a decision” either to go Denmark or fly back to Iran, adding that he does not know why he is staying at the airport.

There is no legal problem with Gonijou's long layover at the airport, authorities said. The incident is reminiscent of the famous American movie “The Terminal,” in which a man (portrayed by Tom Hanks) becomes trapped in a New York City airport terminal.

Gonijou is said to be of unsound mind. He usually spends his time in the international terminal's smoking room. Airport police say Gonijou frequently goes to wash his hands and face and he has wounds on his body.

Atatürk Airport officials have contacted the Iranian consulate regarding the removal of the unusual passenger and are waiting for a response.

Another family from Syria who were planed to fly Libya through İstanbul have also been staying at Atatürk airport for six days. The family also fled Bashar al-Assad's regime and planed to go Libya to stay with their son, who is currently living there, but unfortunately the Consulate General of Libya in İstanbul did not give them a visa. The Syrian family are now waiting for help from the Turkish authorities.