Rebels from the Islamic State of Iraq and the Levant (ISIL) who captured the northern Iraqi city of Mosul yesterday have raided the Turkish consulate. 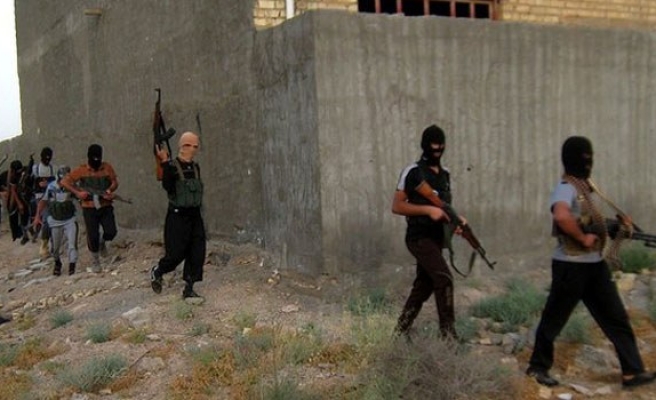 Rebels from the Islamic State of Iraq and the Levant (ISIL) who captured the northern Iraqi city of Mosul yesterday have raided the Turkish consulate.

Militants seized 48 Turks from the Turkish consulate, including the consul-general, three children and several members of Turkey's special forces, a source in the Turkish prime minister's office said.

The group was taken from the consulate building to a militant base. Turkish authorities had contacted militant groups and confirmed all were unharmed, the source said.

They were then taken to the ISIL base in Mosul's 17 July district. However the ISIL denied that the Turks had been kidnapped.

'Turks are not kidnapped.. They are only taken to a safe location and until the investigation procedures are completed,' they said on Twitter.

The 40 special forces police guarding the consulate were no match for the ISIL, who raided the building with 900 men.

Turkey's envoy to Mosul, Ozturk Yilmaz, was reportedly kidnapped after being taken hostage along with other diplomats.

Ozturk Yilmaz had previously survived bomb attacks on his convoy in September 2013 and another one last month.

Turkey has close trade and political links with the Kurdish-controlled area to the north of Mosul that has not, for the moment at least, been targeted by ISIL. It sees a particular role in protecting the interests of the Turkmen ethnic minority in that area.

Foreign Minister Ahmet Davutoglu, who had been due to deliver a speech at a United Nations counter-terrorism meeting in New York, cut short his visit and is returning to Turkey, officials from his office told Reuters.

Davutoglu had said on his Twitter account late on Tuesday, after the truck drivers were taken, that the necessary measures had been taken for the safety of the Turkish consulate in Mosul.