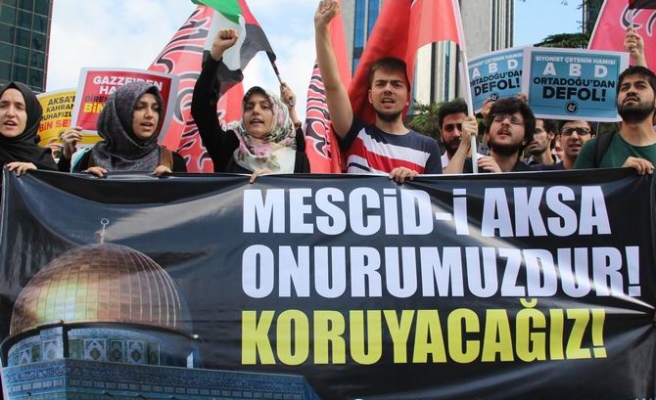 According to the demonstrators, they gathered to condemn Zionist Israel's use of harsh force against Muslim worshipers and to express their support to those who resist these illegal violent acts.

In event's official press release activists called to stop breaching the treaties and violating international law as well as to put an end to the illegal occupation of rightfully Palestinian territories.

"Intifada against Zionist occupants started with stones and sticks and it is still this way even today. But we stand with those who resist... Because Al-Asa Mosque is sacred not only to Palestinians but to all the Muslims around the world," Erkam Beyazyüz, one of the event's organizers, said.

Demonstrators ahve brought banners that some them read: "No to Isolation, Occupation, Zionism", "Close the Zionist consulate", "Killer Israel get out of Palestine" and such.